IN his role as best man at Prince William’s wedding it was Harry’s unenviable task to make the traditional speech.

William and his brother have always had a joshing kind of relationship. They made fun of each other, teased each other constantly about their hair — or lack of — and called each other outrageous nicknames. 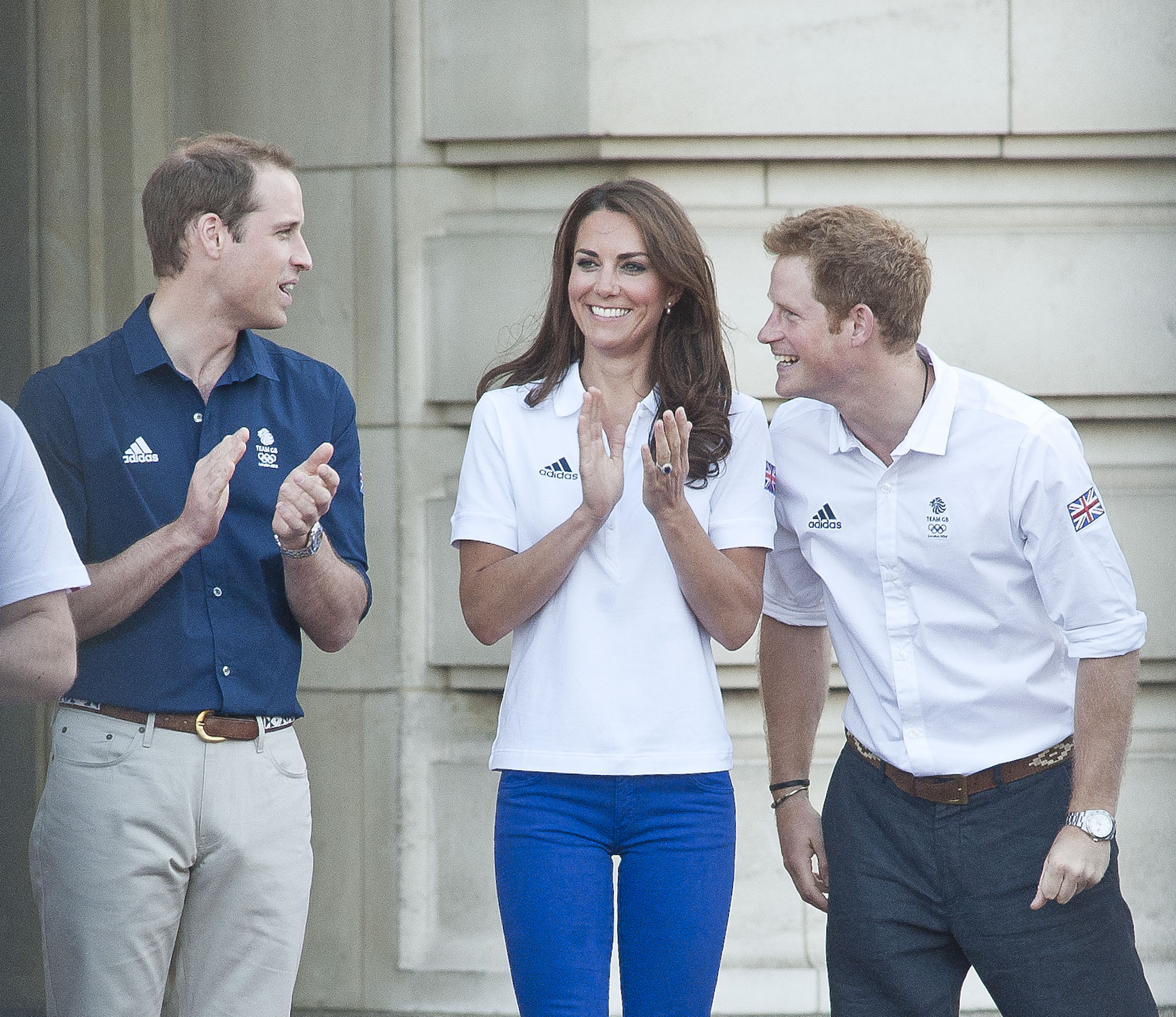 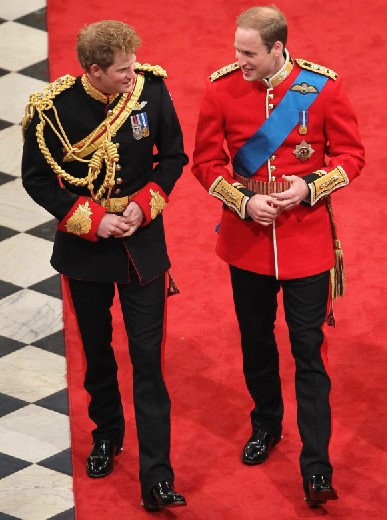 William and his brother have always had a joshing kind of relationshipCredit: AFP/Getty Images

This occasion, ten years ago tomorrow, was a little different. It was at Buckingham Palace. It was after a long and stressful day and it was almost certainly after a few drinks had been consumed.

Harry knew he had to be a bit restrained, which was out of character for him, but on the strict instructions of his on/off girlfriend Chelsy Davy, he was not to embarrass his new sister-in-law.

He could and did mock his brother, but on Chelsy’s advice dropped a reference to Kate Middleton’s killer legs from the final edit of the speech.

Apparently, Harry had a joke about when William first brought Kate home (to Clarence House) he gave her the thumbs up because she had such a great pair of pins.

Instead, he called William the “perfect brother” referred to him as “dude” several times, called his relationship with Kate “inspirational” and, to huge applause, added: “William didn’t have a romantic bone in his body before he met Kate, so I knew it was serious when he started cooing down the phone.”

According to late-night revellers leaving the party, Harry then did a high-pitched impersonation of Kate calling William one of her favourite nicknames “Big Willy” and of his brother calling her “Babykins”, to much hilarity from the guests. 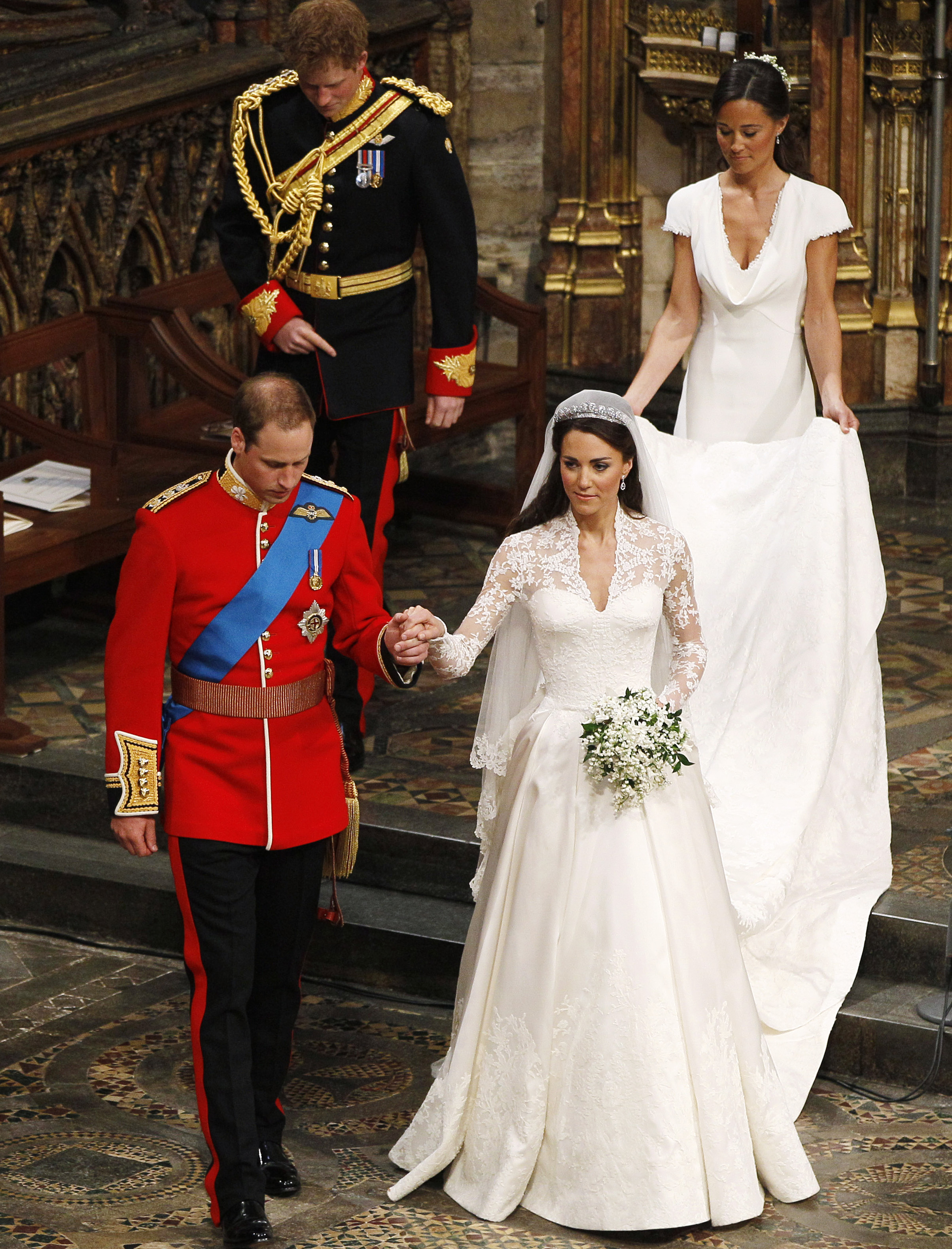 In his role as best man at Prince William’s wedding it was Harry’s unenviable task to make the traditional speechCredit: Getty – Pool 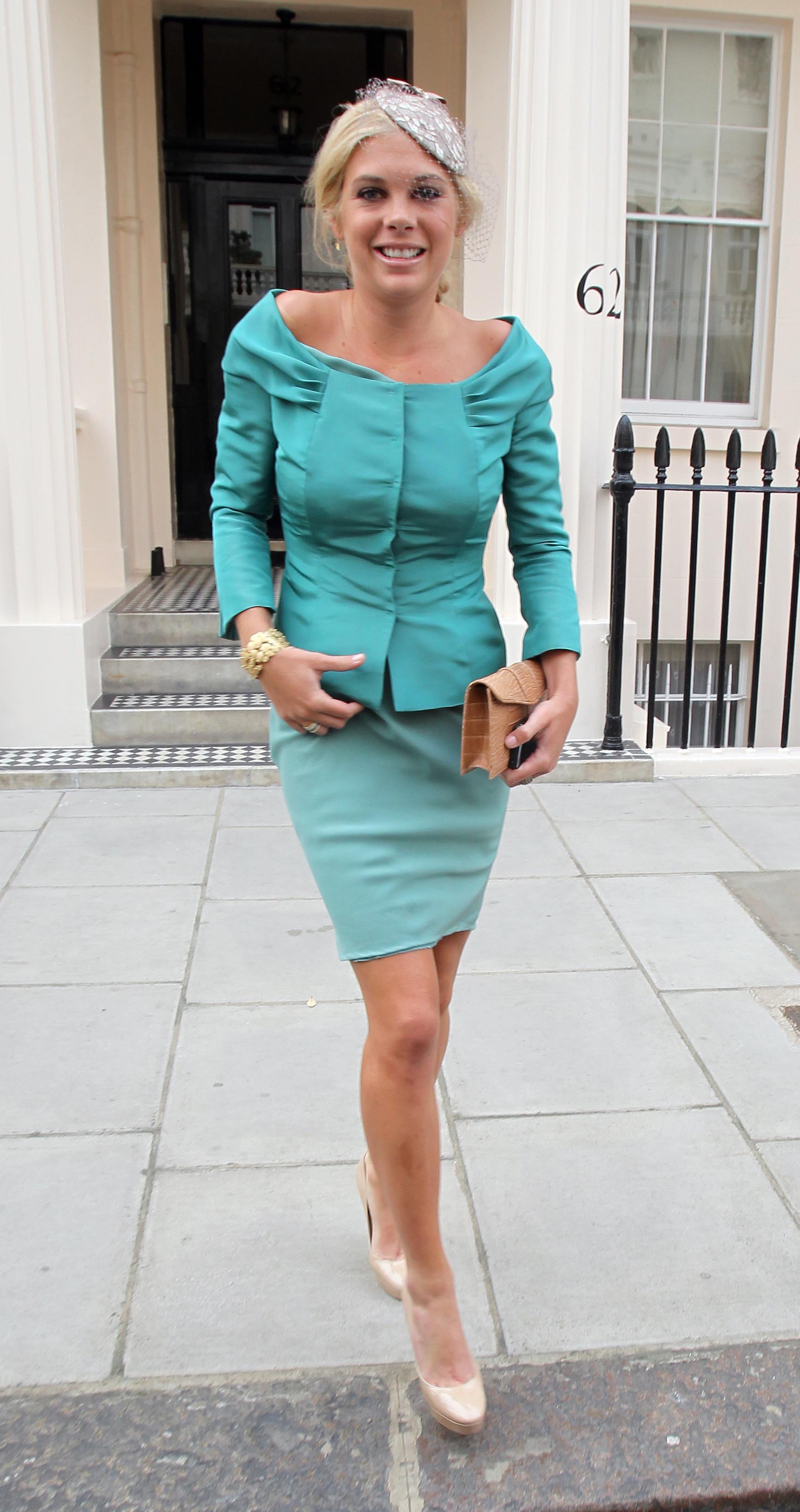 On the strict instructions of his on/off girlfriend Chelsy Davy, Harry was not to embarrass his new sister-in-lawCredit: Ikon 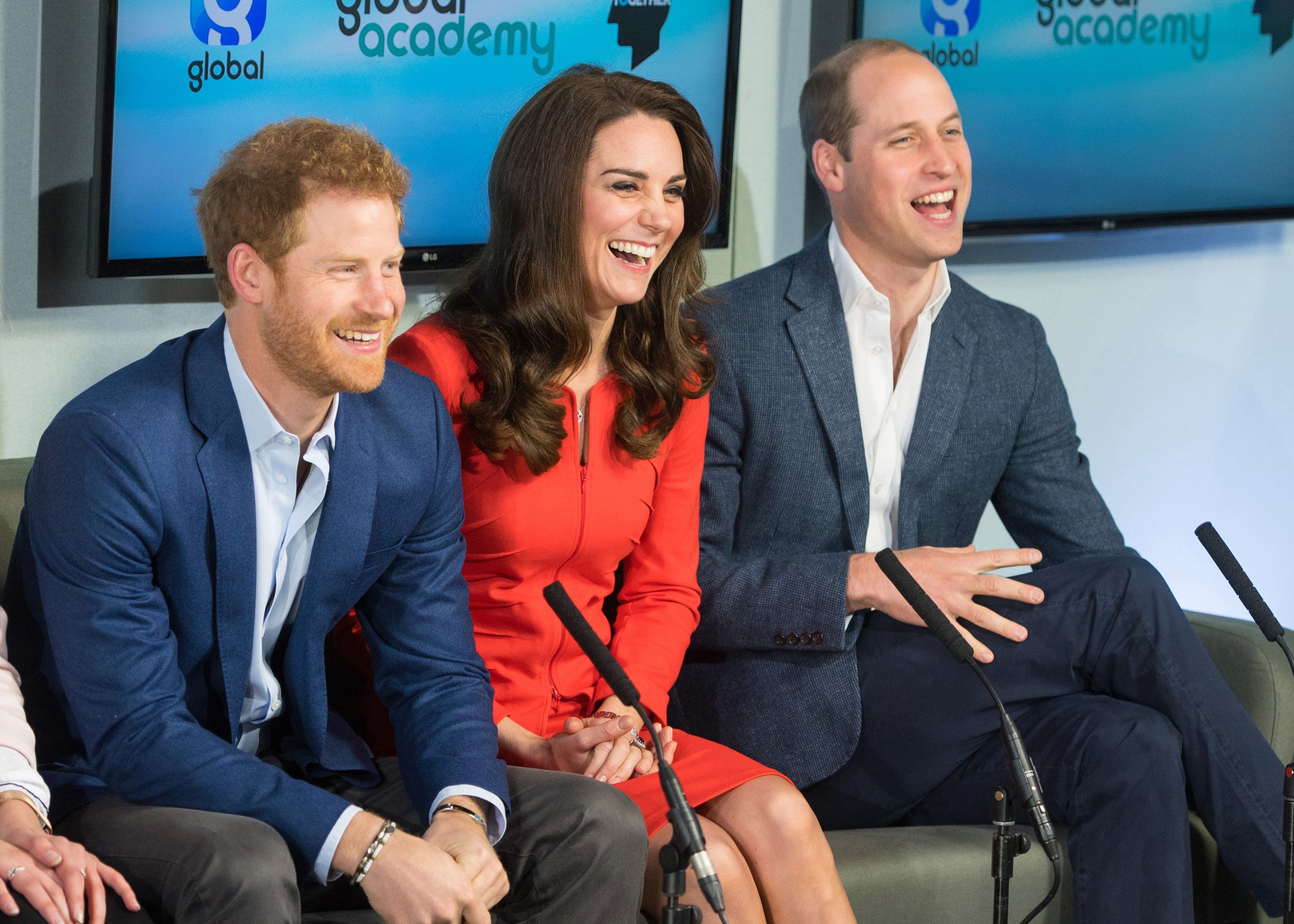 For Kate, the confirmation of a firm friendship with her brother-in-law was to last almost until the day Harry decided he was leavingCredit: Getty – Pool

For an emotional Kate, it was the confirmation of a firm friendship with her brother-in-law which was to last almost until the day Harry decided he was leaving his old life behind to live in California.

Harry had witnessed his brother’s relationship with Kate grow steadily and was somewhat envious. During their time together, training to be helicopter pilots at RAF Shawbury in Shropshire, they had plenty of time to discuss their girlfriends and the shared problems they had keeping any romance from the media.

In a way, Harry was the opposite of his brother. He wore his heart on his sleeve and wanted to marry almost every girl he fell in love with, while William was more concerned about being able to give commitment.

Once he had finally decided, the first person he told was Harry. His brother was impressed by William’s romantic plan to propose to Kate in a remote lodge in Kenya, East Africa, accessible only by helicopter. Being Harry, he had to make a joke of it and suggested as well as the bottle of Champagne on hand for when she said yes, he should also have a bottle of brandy in case she said no.

Romance for Harry was more difficult. William and Kate had met while they were at university, when William was strictly off limits to the media, who had agreed to leave him alone while he was in full-time education.

For Harry it was different. The truce had expired and he had to run the gauntlet of the intense public interest his love life generated. He hated it.

While it was Princess Eugenie who took it upon herself to introduce Harry to all of her pretty girlfriends, it was Kate who later on took him under her emotional wing. He referred to her as “the big sister I never had”.

Pragmatic, confident and trustworthy, Kate was a good listener and Harry loved to talk. As their friendship developed in a way that only those that share such rare but similar lives can, Kate became something of a mother figure to Harry. 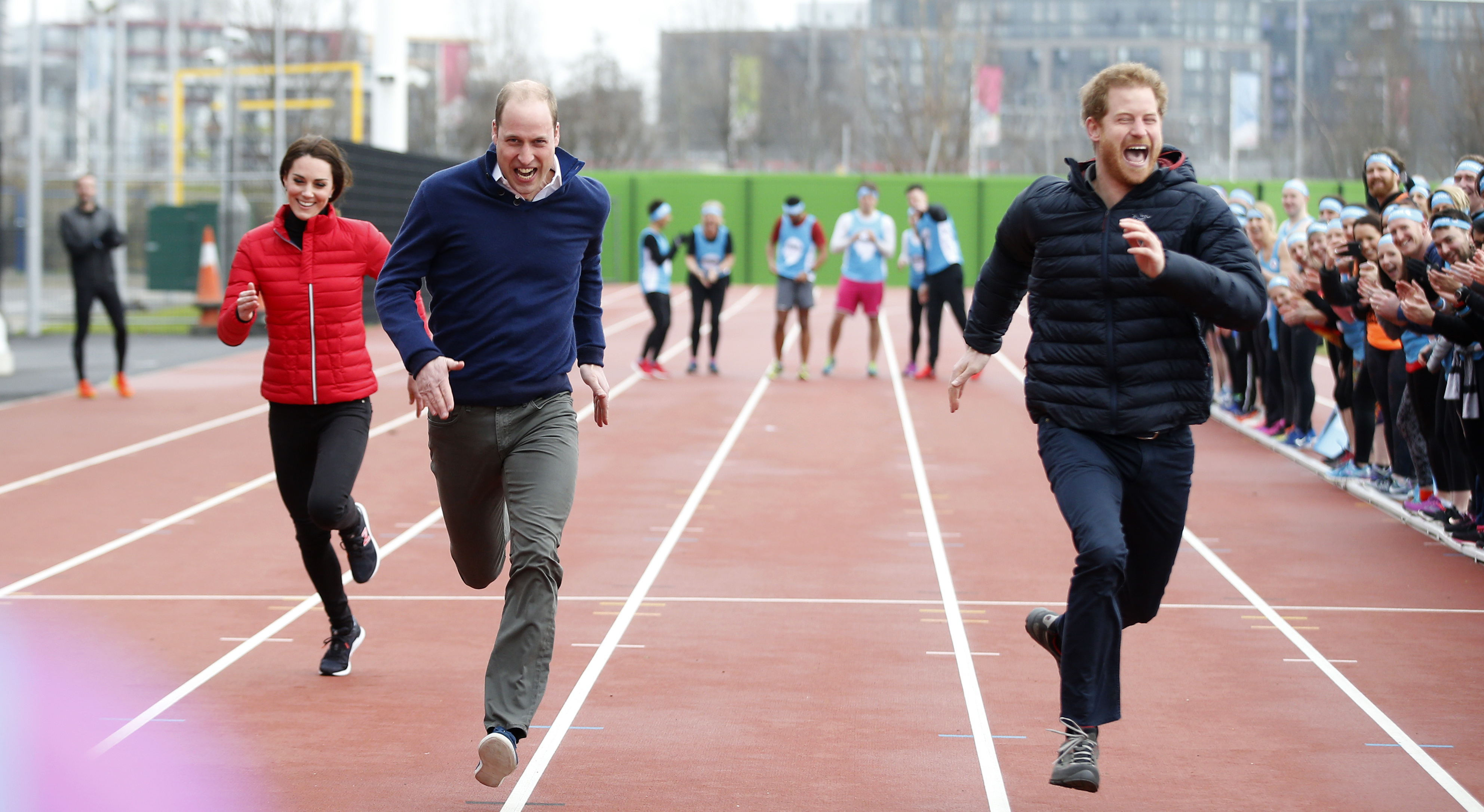 Harry had witnessed his brother’s relationship with Kate grow steadily and was somewhat enviousCredit: AP 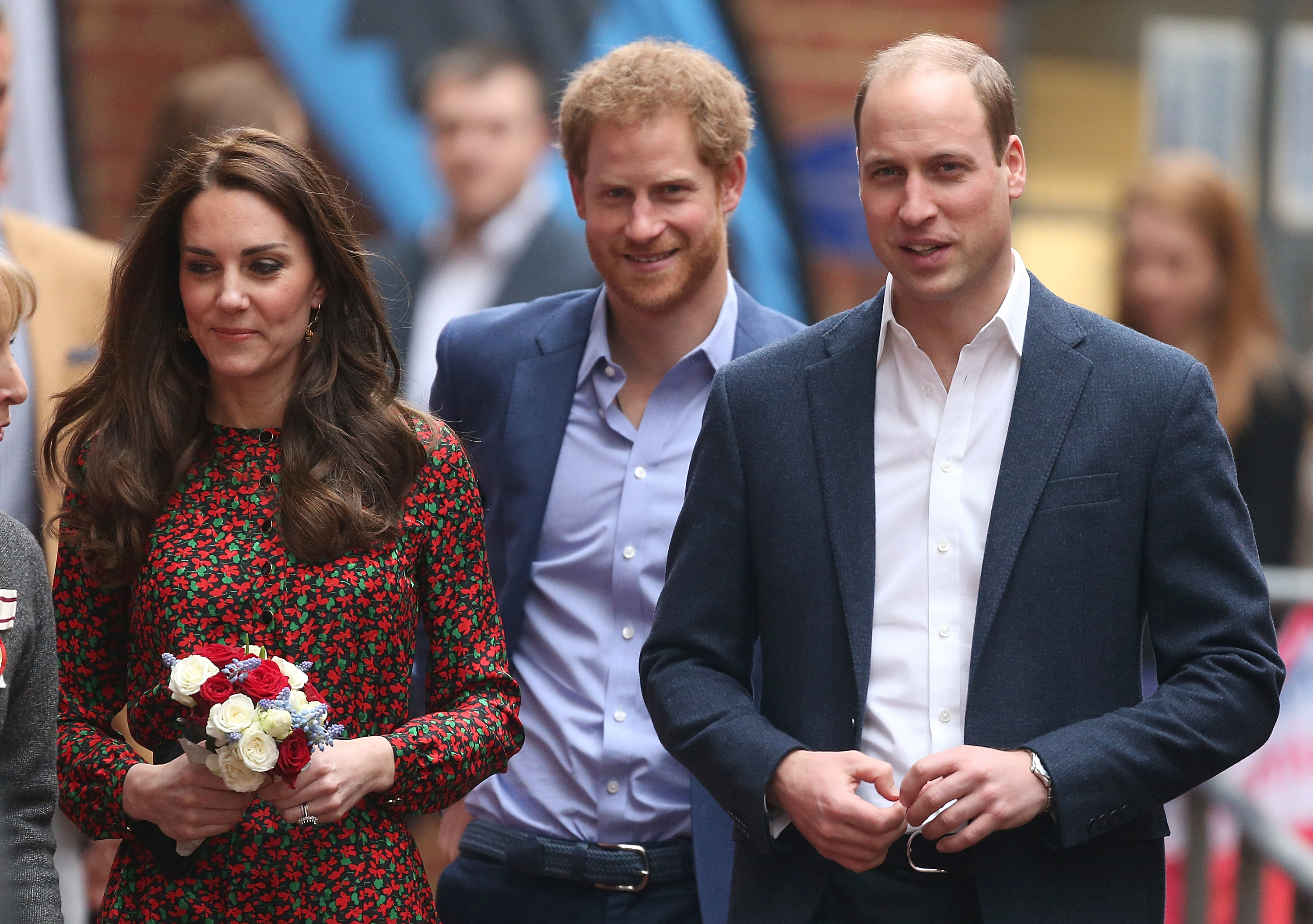 He was impressed by William’s romantic plan to propose to Kate in a remote lodge in Kenya, East AfricaCredit: Getty – Contributor 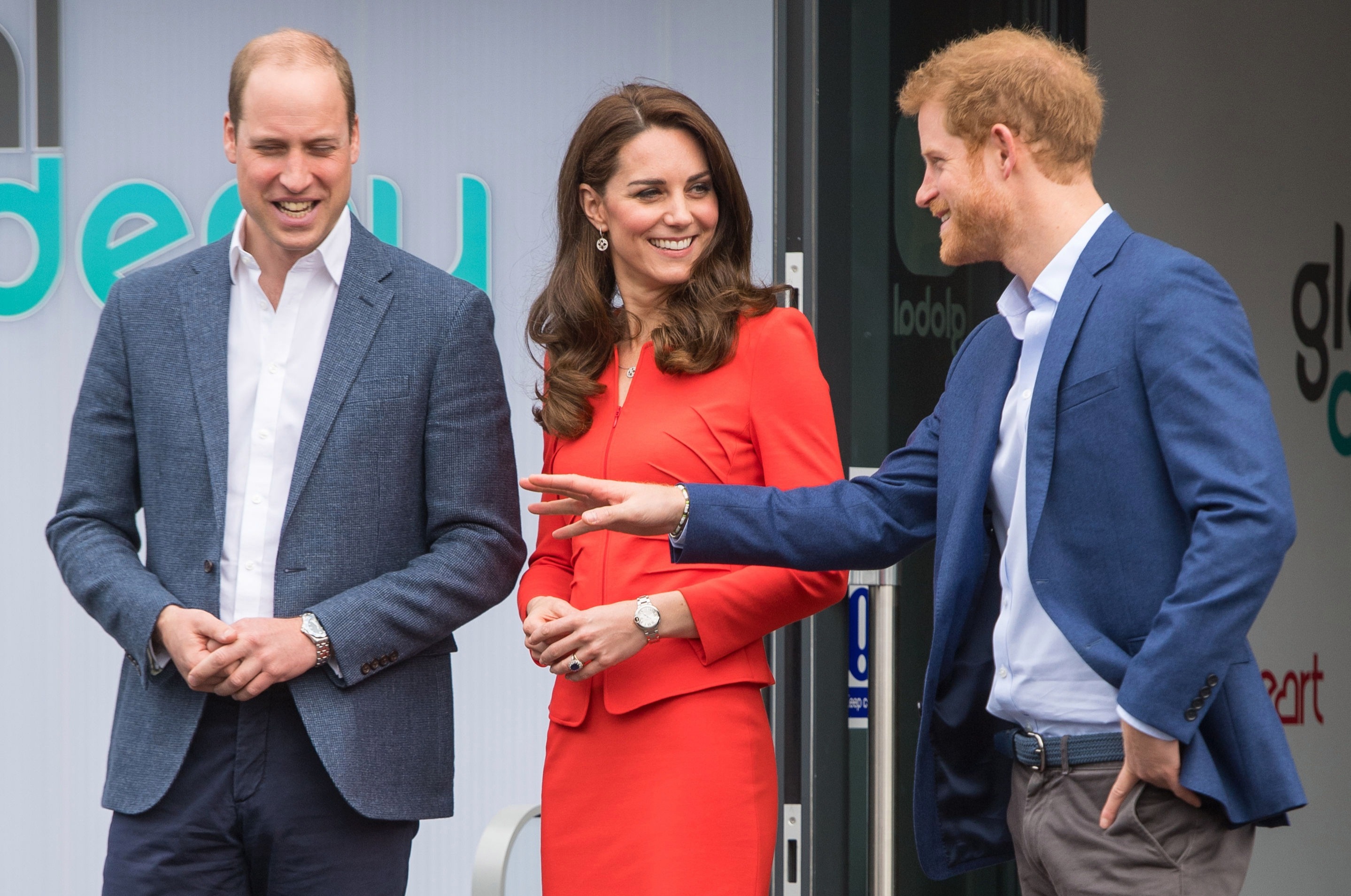 Kate took Harry under her emotional wing and he referred to her as ‘the big sister I never had’Credit: Getty – Pool

In the early days of their marriage, Kate and William were living in Wales, but as soon as they moved into Nottingham Cottage — their London home at Kensington Palace — Harry, who was in the Army at the time, was a regular visitor.

When Prince George was born in July 2013 he was so excited to be an uncle he smuggled his then girlfriend, actress Cressida Bonas, into Kensington Palace under a blanket in the back of a car so she too could meet his new nephew.

Kate trusted Harry’s girl to be discreet and knew she wouldn’t tell anyone about the visit, which she didn’t until much later. When William and Kate moved into their permanent London home, apartment 1A Kensington Palace, Harry moved into the cottage and the trio were across a courtyard from each other. He was always popping in and raiding their fridge, having supper or just hanging out, and William and Kate realised Harry was actually quite lonely.

When he took girls out, he was so paranoid about being seen that he would make them sit in the back of the Range Rover under a blanket en route to the restaurant. Once there, if there were any photographers lurking outside the car would go back to Kensington Palace. The girls then had a takeaway pizza.

To counteract Harry’s insecurity and bouts of loneliness, Kate and William suggested they combined forces on official engagements as, after all, they all had the same favourite cause — mental health. The trio later formed Heads Together, a charity to encourage people to talk about their mental health on many different levels.

Together they were a potent force, a power underlined when they stood alongside each other for the military-themed opening ceremony of Harry’s Invictus Games at London’s Olympic Park in 2014. A few days later Kate and William hosted a 30th birthday for Harry at Clarence House.

Knowing singer Ellie Goulding was Harry’s favourite, Kate had arranged for her to sing a few numbers for the birthday boy.

Always thinking of others and always wanting to make it special, Kate felt lousy as, having just announced her second pregnancy, she was suffering with hyperemesis gravidarum, severe morning sickness. But she had arranged a special evening for Harry and wanted it to be perfect. 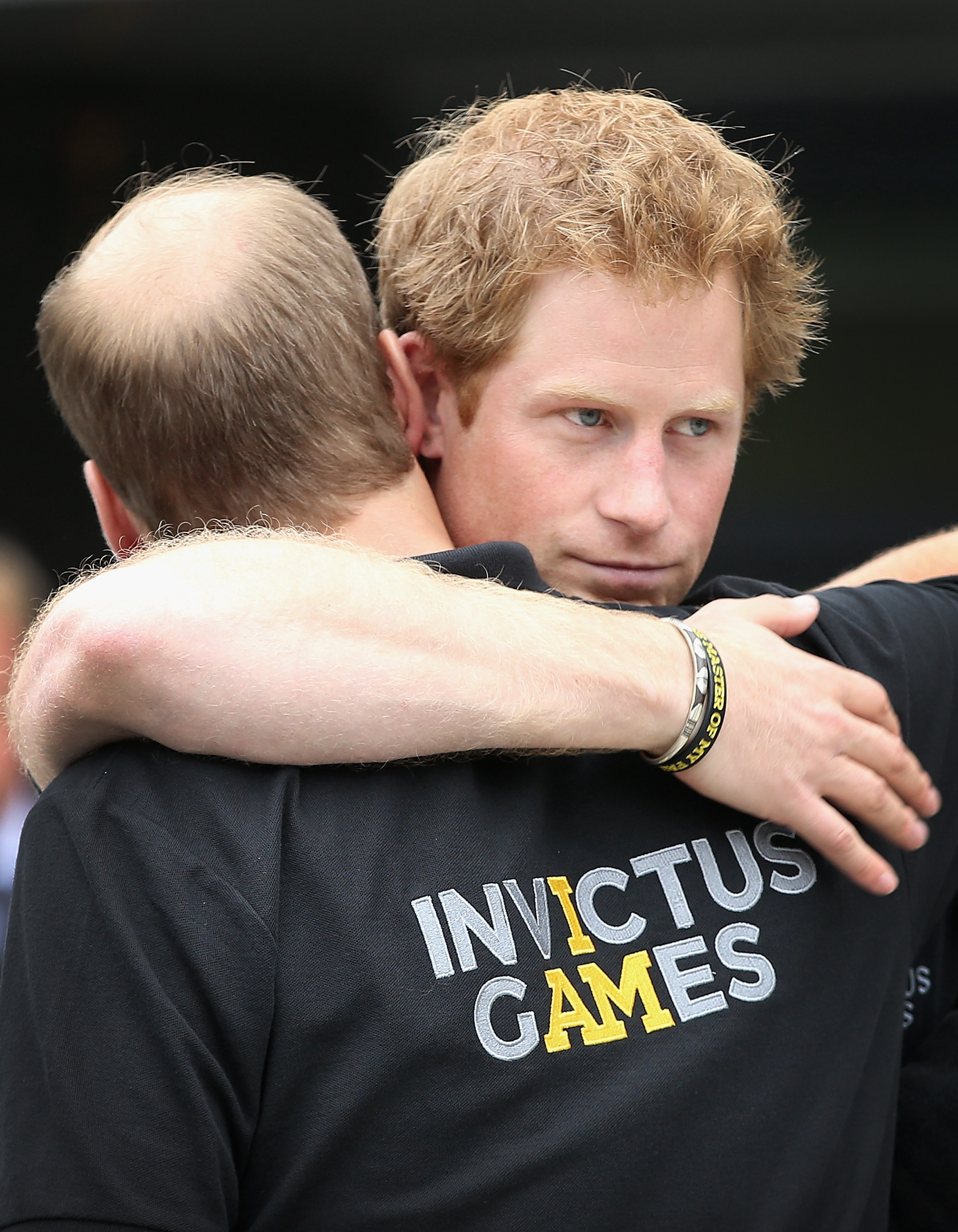 Together they were a potent force, a power underlined at the military-themed opening ceremony of Harry’s Invictus Games at London’s Olympic Park in 2014Credit: Getty 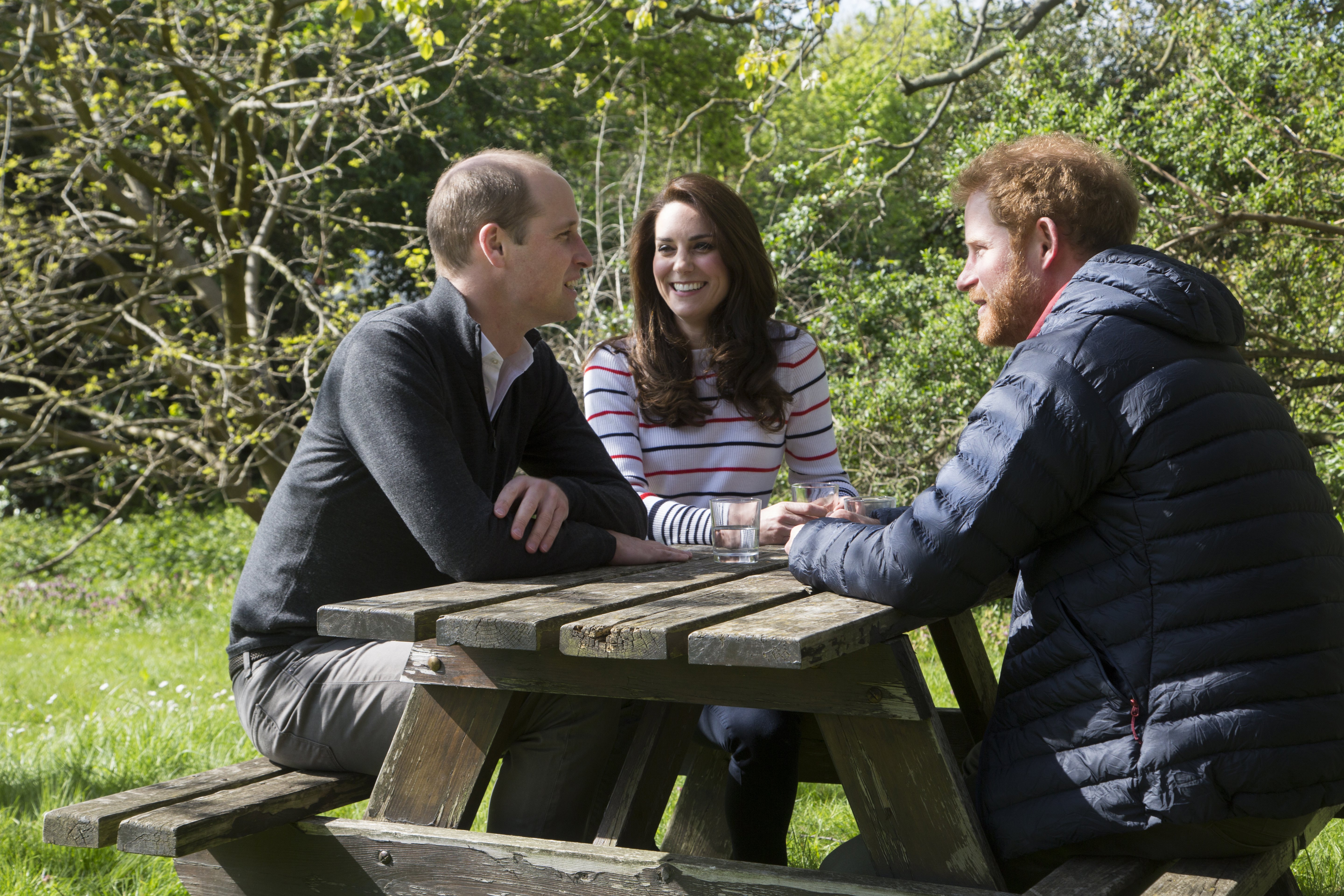 A few days later Kate and William hosted a 30th birthday for Harry and Kate had arranged for Ellie Goulding to sing a few numbers for the birthday boyCredit: EPA

Ultimately, the arrival of Meghan Markle into all of their lives upset the delicate balance. Once the excitement and the euphoria of the Disneyesque wedding and the adoring crowds had worn off, a rainy afternoon in Preston was never going to do it for Meghan.

William and Kate guessed as much, and William warned Harry, with dire results. They were labelled the “Fab Four” but the reality was far from that simple. Both William and Kate wanted to like Meghan if for no other reason than Harry was so madly in love. But the women had little in common beyond some polite chatter and their shared interest in tennis.

When they all appeared in a television interview to promote the charity Heads Together, Meghan’s strident personality seemed to envelop Kate’s more cautious approach and, being the actress she is, eclipsed everyone else on camera, without meaning to.

Shortly after their engagement, Harry took Meghan to spend Christmas at William and Kate’s Norfolk home, Anmer Hall, so they could enjoy part of Christmas at the Big House at Sandringham without actually staying under the Monarch’s roof. They were all very polite about each other afterwards and praised Meghan for mucking in and playing with George and Charlotte.

Harry even went on to say, when he guest-edited Radio 4 Today Programme a couple of days later, that his family provided to be the family that Meghan never had. Unwise words from Harry, which not unnaturally had long-reaching repercussions with the Markles back in America.

“The family loved having her there. We had an amazing time staying with my brother and sister-in-law and running around with the kids. It’s like the family she never had.”

Sadly, it was not like the family “she never had” and the Markles were hurt at apparently being dumped by Meghan. For Kate, who was pregnant with Louis and once again suffering with morning sickness, it was all a bit worrying. 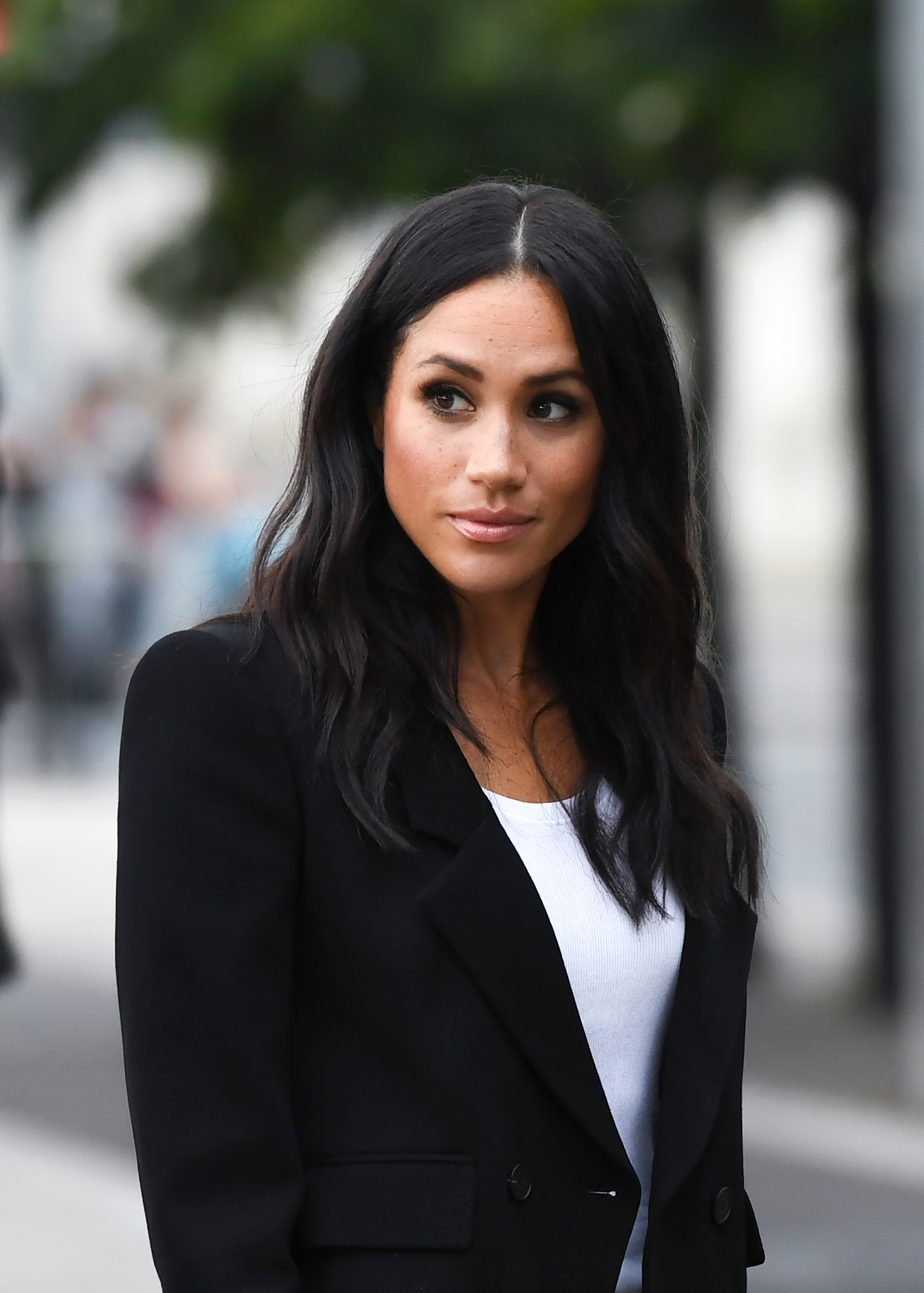 Ultimately, the arrival of Meghan Markle into all of their lives upset the delicate balanceCredit: PA 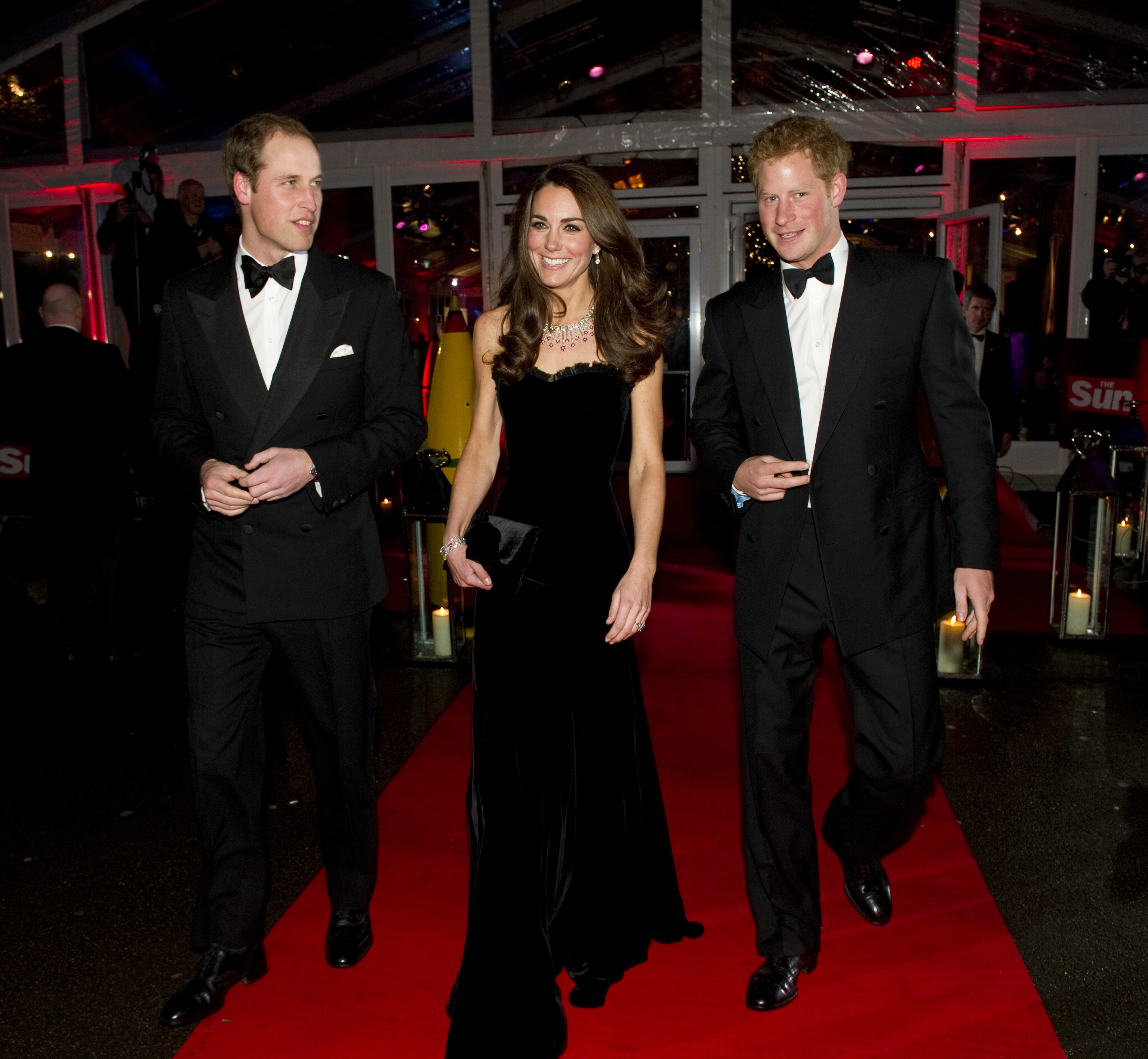 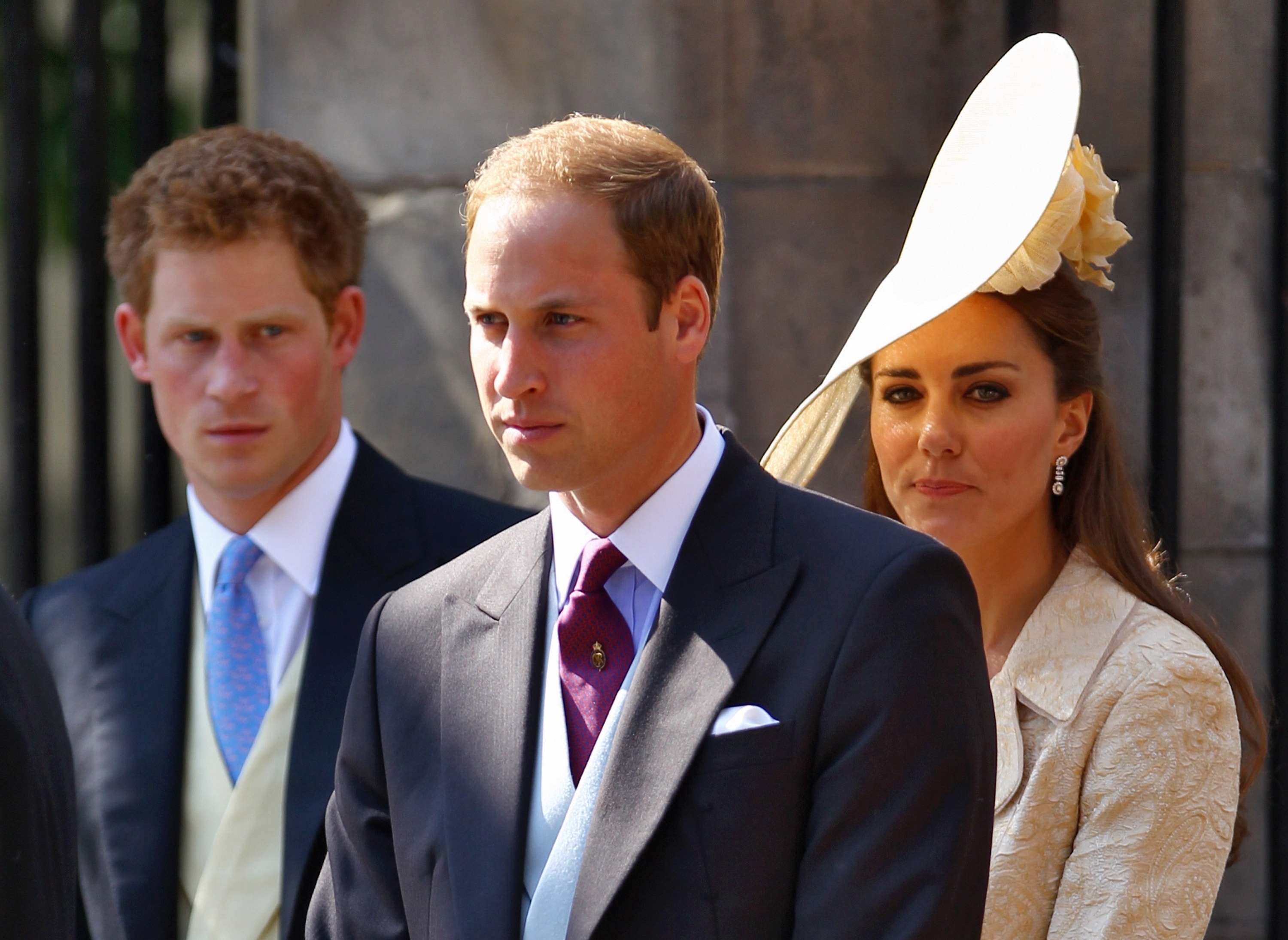 But mending this broken relationship might be the one thing she cannot conquerCredit: Getty Images – Getty

She could not understand why Harry had never met his future father-in-law nor why Meghan, who Harry assured was The One and “ticked all his boxes”, appeared embarrassed about her family and unwilling to speak about them apart from her mother.

Doria was subsequently the only family member to attend the wedding.
Now, after all that has happened, Kate is burdened with the task of peacemaker.

Her huge strength and inner resolve will stand her in good stead, but mending this broken relationship might be the one thing she cannot conquer.

Prince Harry may pull out of Diana statue trip after being ‘shocked by frosty funeral reception’, royal expert claims