Bachelor Nation may know him as “the perfect Ben,” but Ben Higgins didn’t hold back about his past struggles in his new book, Alone in Plain Sight, including his addiction to painkillers in high school.

“It’s not a beautiful season of life,” the 31-year-old reality TV personality exclusively told Us Weekly, noting it’s “hard,” “weird” and “still tough” for him to know the details of his past will now be public knowledge. “Not a lot of people know it in my own life, like, a lot of people don’t know that side [of me]. Because it’s not something you go around and parade around when you’re in it. It’s not something you talk about often, but [it’s] healing in a lot of ways to write it and to know what’s out there.”

Higgins continued: “Also, I hope that somebody out there can read it and go, ‘Hey, I’m in it too. And there’s a way out, but also while I’m still in it, like, I don’t have to be ashamed.’” 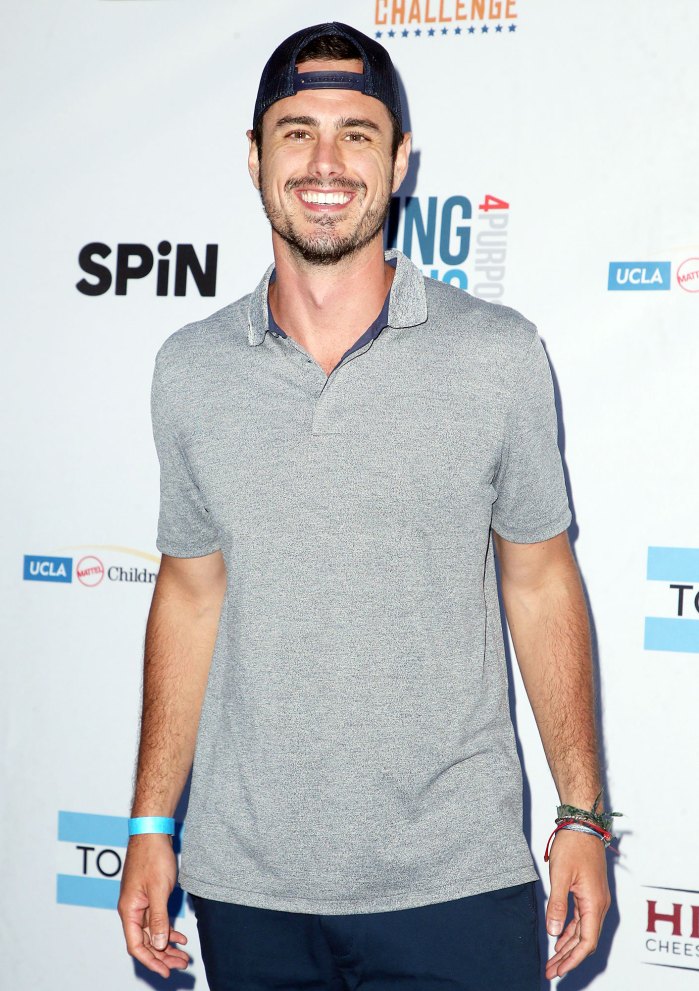 The former Bachelor told Us that his ghostwriter doubled as a counselor when he sat down to write about his addiction, which started after a high school football injury.

“My ghostwriter would help me dig in a little bit more because there was a moment in time I kind of plateaued and was kind of going too surface on stuff,” he told Us, adding that it took him two years to write the book, which was released on Tuesday, February 2. “I had to bring him in toward the end to help me … [and] to ask the right questions. [Then], I realized that I wanted to dig in, like, if I get one shot at writing this thing, I don’t want to fall short. And if I’m gonna choose to go down the path that I did, which was speaking about insecurity, speaking about the things we’re most shameful and go full force speaking about the seasons of life that are darkest, I have to speak about that myself, like, I can’t ask somebody to do something I’m not willing to write.”

In the book, Higgins revealed that he got addicted to pain meds after undergoing knee surgery in high school. After getting rejected from his dream college, discovering his girlfriend cheated on him and learning his father’s cancer had returned, Higgins found himself running with a bad crowd and dependent on the pills.

“It’s not uncommon, like, people we know are struggling with this … I know what it’s like to be in that world and to be thinking about one thing and one thing only and trying to figure out, you know, where your next pill is,” he told Us. “And that in itself is super isolating. It definitely doesn’t make you the best version of yourself.”

Higgins revealed in the book that he was at his darkest after he realized how he was using women.

“The final piece of my dark puzzle fell into place when I started to treat people like objects that existed for my pleasure,” he admitted in Alone in Plain Sight. “I don’t want to go into too much detail but suffice it to say I used a young woman as nothing more than an object for my pleasure. When it was over, I discarded her.”

After months of “bedridden shame and darkness,” Higgins had a breakthrough.

“When I made eye contact with myself, I felt like the devil himself was staring back at me. ‘Oh, God,’ I said out loud. ‘Who is this? This is not the man I ever wanted to be,’” he wrote. “I really meant the words, ‘Oh, God.’ It was the first prayer I’d prayed in a very long time — and maybe the most honest prayer I’d ever uttered. … I confessed to God how empty my life had become and how I did not want to stay on this path. “If you are real,’ I cried, ‘save me from myself.’”

Alone in Plain Sight is available now. For more from Higgins, watch the video above.

The Age of Misinformation: Is the Truth Dead?