Brushing it off! Ben Affleck and Jennifer Lopez aren’t fazed by Selling Sunset‘s Emma Hernan bringing up her alleged Raya exchange with the actor on the reality series.

The scene “went way over their heads,” a source exclusively tells Us Weekly of Affleck, 49, and Lopez, 52, who got engaged earlier this month. “It was blown out of proportion. Everyone is always out to make Ben look bad but he did nothing wrong. He was on a dating app when he was single.”

During a season 5 episode of the hit Netflix show, the 30-year-old Oppenheim Group realtor was chatting with coworker Chrishell Stause about her love life and mentioned that she used the dating app Raya. “He may or may not have been texting me,” the entrepreneur claimed of the Argo director. “He may or may not have asked to grab … coffee a few times.”

Hernan gushed that she and Affleck shared a “Boston connection,” recalling that his “opening pickup line” was related to the East Coast. According to the model, the back-and-forth occurred “right before” the Oscar winner reunited with Lopez in April 2021.

The Justice League star denied Hernan’s story after the new season debuted on Friday, April 22. “They matched, they exchanged messages, they never met,” a rep for Affleck told Us in a statement.

Days later, the Emma Leigh & Co. founder proceeded to walk back her comments. “It was not recent,” she told E!’s Daily Pop on Monday, April 25. “This was 2019. Literally, the smallest, innocent little thing. … I think on the show, you didn’t see the timeframe and it just seemed worse. And it was literally the smallest thing. End of story. We’re shutting that one down now.”

Despite the drama, Affleck and the Hustlers actress “couldn’t be happier,” the source tells Us. “This isn’t affecting their relationship one bit,” the insider adds. “J. Lo is very confident with what they have. She’s not going to let anyone bring down their relationship.” 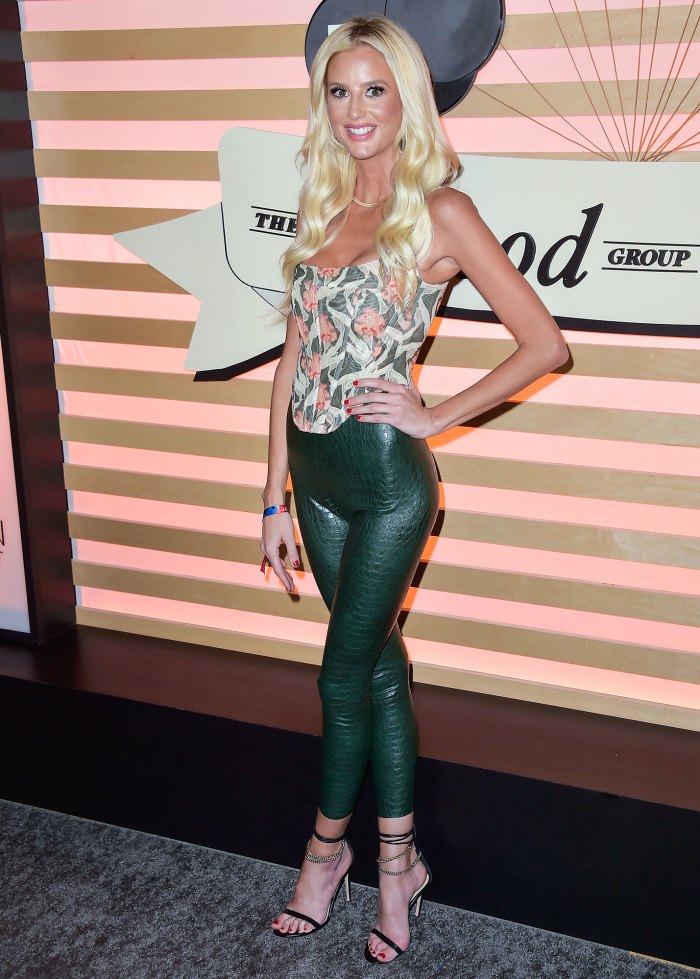 The couple rekindled their early 2000s romance last year after Lopez called off her engagement to fiancé Alex Rodriguez. Us confirmed in May 2021 that the Gigli costars were “full-on dating,” with the Grammy nominee making their relationship Instagram official while celebrating her birthday months later. She announced in her April 8 On the JLo newsletter that Affleck had popped the question.

“I was smiling so big and tears were coming down my face, feeling so incredibly happy and whole,” the Second Act star gushed of the proposal, which took place while she was in the bath. “It was nothing fancy at all, but it was the most romantic thing I could’ve ever imagined … just a quiet Saturday night at home, two people promising to always be there for each other.”

Meghan King, Mike Johnson Talk About Their PDA-FIlled Night Out

Lace Lies for Attention, Jill and Kira Fight Over Romeo