Keeping it cordial! Ben Affleck and ex-girlfriend Ana de Armas are hoping to “still maintain some type of friendship” after their split, a source exclusively tells Us Weekly.

“Ben and Ana were so close to each other,” the insider says. “They have their issues, but still want to remain on good terms and keep a friendship.”

Us confirmed on Monday, January 18, that the Deep Water costars had called it quits after dating for nearly one year. 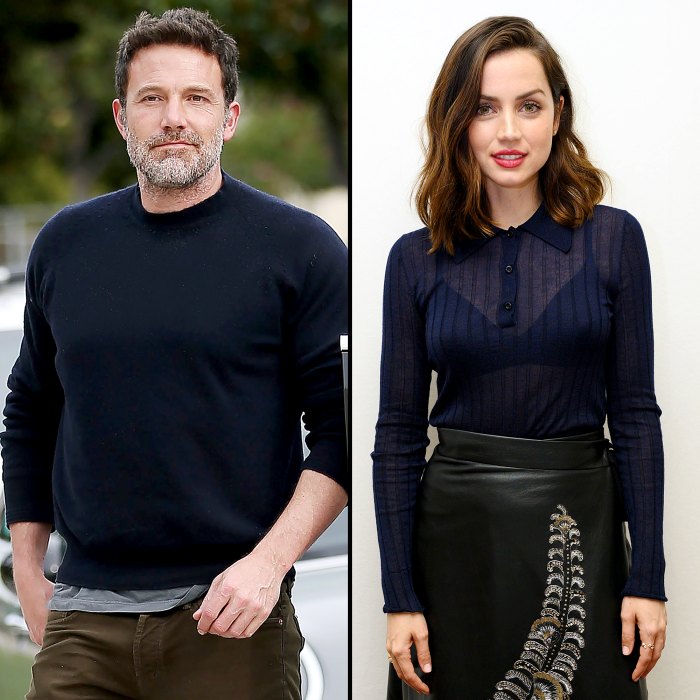 “The breakup was amicable,” a source told Us at the time, adding that the Cuban actress, 32, “was the one who called things off.”

The pair were “moving in different directions in their lives and stopped seeing eye to eye,” the insider said, noting that in the end, the two “couldn’t work through their differences” so they ended the relationship.

Hours later, Affleck’s life-size cutout of the Knives Out star was spotted in the trash can outside of his Los Angeles home. Amid their romance, Affleck’s kids were seen playing with the cardboard poster alongside de Armas.

The Argo star, 48, and the Blade Runner 2020 actress were first linked in March 2020 after meeting on the set of their upcoming film, Deep Water. The two were spotted vacationing in Cuba and packing on the PDA in Costa Rica later that month.

Us confirmed the pair were “happy together and officially dating” shortly after the trips.

The former couple became Instagram official a month later while celebrating de Armas’ birthday in Joshua Tree, California. “Ana and Ben are so in love and they are just enjoying the moment,” a source told Us at the time, adding that the two were “happy” quarantining together amid the coronavirus pandemic.

The Oscar winner spent Memorial Day weekend with the No Time to Die actress and his three kids, Violet, 15, Seraphina, 12, and Samuel, 8, whom he shares with ex-wife Jennifer Garner.

Us revealed in September 2020 that the duo had taken the next step in their relationship and were “basically living together.” The insider said that “Ben is very into Ana and so sweet to her,” noting they “never” fight about “big issues [or] dealbreakers.”

Two months later, the pair returned to New Orleans to do reshoots on Deep Water and were spotted kissing and laughing between takes.

The pair were less visible in the new year, with a source telling Us in January that Affleck has been “working on writing his new movie” and has therefore “been quiet lately.”