The pair confirmed the news via social media on Saturday, March 20. Mascolo, 27, shared a photo of himself holding up the 23-year-old Infamous actress’ left hand, showing off her engagement ring.

He posted the pic via his Instagram Story, after sharing a photo reflecting on the beginning of his relationship with the Disney Channel alum. The first post showed an old Instagram selfie, which Thorne commented on with a unicorn emoji. Mascolo captioned the slide, “How it started.” In the next slide featuring the engagement announcement, he wrote, “How it’s going.” 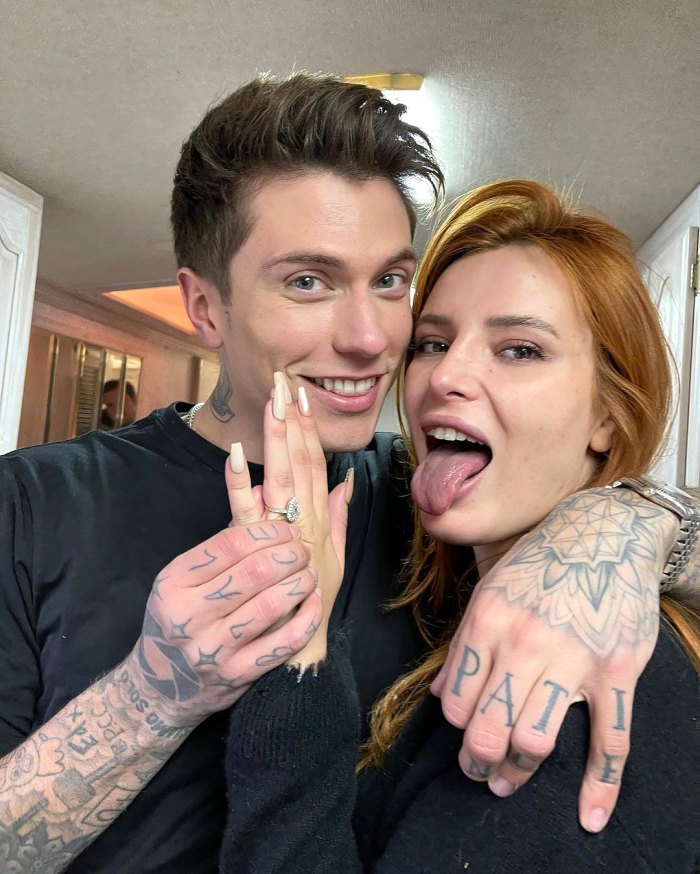 The Italy native later posted a video from what appeared to be an engagement party for him and Thorne. The former Shake It Up star could be seen standing in front of a heart with “B+B” written on it. Mascolo narrated the clip, in which Thorne excitedly showed off her massive pear-shaped diamond engagement ring and kissed the camera.

He gushed about his bride-to-be, saying, “Thank you for being amazing, baby. I love you so much.” Thorne responded, “I love you so much. Let me give you a kiss.” Mascolo then asked, “When are we getting married? Soon I hope,” adding that they will have a “celebration in Italy and in America. Both.” Thorne agreed.

Thorne, for her part, shared her future hubby’s photos and videos on her own account but did not say any more about the engagement.

The engagement took place on the set of a movie the duo is working on together, according to an Instagram Story post from the actor. “I wrote the love letter on the back of the script of our movie… at the end of the last scene, [Bella] was at monitor watching with the director and.. surprise,” he shared, before posting a pic of the script with handwriting showing through the back.

The Florida native seemingly teased an engagement to her longtime boyfriend in January 2020. She posted a snap of the model smirking, captioned with three diamond ring emojis. Thorne wrote, “Big announcement coming soon. I’m so happy. Boats in Venice.”

Mascolo and Thorne were first romantically linked in April 2019. They got together after she dated Mod Sun, who has since moved on with Avril Lavigne. Thorne and the musician were in an open relationship and were also dating YouTuber Tana Mongeau.