Redefining romance. Bekah Martinez opened up about what her future with boyfriend Grayston Leonard could look like — and they might not be going down the traditional route.

“We’ve talked before about, like, I want to get married, but like, ‘I don’t know if I want to have sex with you for the rest of my life,’” the former Bachelor contestant, 25, said on the Tuesday, January 26, episode of the “Not Skinny But Not Fat” podcast. “And so we’ve talked about that maybe one day we’d have an open relationship.” 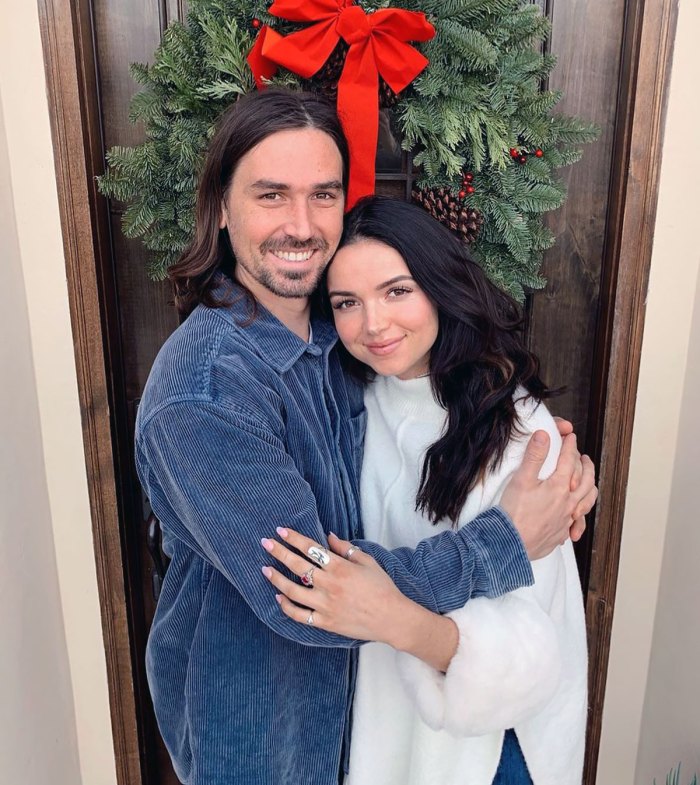 Martinez turned down the chance to appear on season 5 of Bachelor in Paradise when she and Leonard, 32, started dating in July 2018. The couple now share two children, daughter Ruth, born in February 2019, and son Franklin, born in July 2020. As they look forward to spending their lives together, Martinez’s boyfriend has been “possibly open” to the idea of exploring a non-monogamous romance.

“He’s not that jealous,” the reality TV alum, who competed for Arie Luyendyk Jr.‘s heart on The Bachelor in 2018, said on Tuesday. “We have two kids together and we live together and love each other.”

Shortly after giving birth to her baby boy, Martinez got real about her whirlwind romance with Leonard and said that she needed “a break” from expanding her family.

“Honestly … I got prego three months into dating. We didn’t have a ‘sex life’ really established before pregnancy and kids so we’ve kind of never known any different with each other ?,” she revealed in an Instagram Story in July 2020, noting that her unexpected pregnancy was “so f–king hard” on the early days of her relationship.

“Wanted to break up a million times. It sucked,” she added. “I felt guilty for wanting to end the pregnancy initially. I worried my child’s parents would hate each other. But we made it and came out stronger than ever.”

The California native previously dished on her hopes for a future with Leonard, telling Us Weekly exclusively in December 2020 that they’re “having conversations about getting married” — but are pressing pause for now.

“We want to take some time just for us,” she said at the time. “It has been so much about kids in the past three years. We’re like, ‘OK, maybe we can make something just about us,’ but we want to wait until COVID is over. We want to have, like, a massive wedding and can’t really do that right now.”

While they might not be heading down the aisle anytime soon, the pair are still “so open” to welcoming more little ones into their lives.

“I love children. I love having a full house,” Martinez told Us. “I’m one of five kids, and I just love that. My body needs a break, and we’ve been talking about exploring the option of fostering so that we can be a home for other children, even if it’s just temporarily.”