LOL! Becca Kufrin hasn’t been romantically linked to anyone since she and fiancé Garrett Yrigoyen split last year, but she’s got her eye on someone from season 16 of The Bachelorette.

The Minnesota native, 30, answered a question from a fan on Sunday, January 17, about which guy from Clare Crawley and Tayshia Adams‘ season of the ABC series she’s “into.” Kufrin responded with a photo of Franco Lacosta, a professional photographer brought onto snap pictures of Adams, 30, and winner Zac Clark. 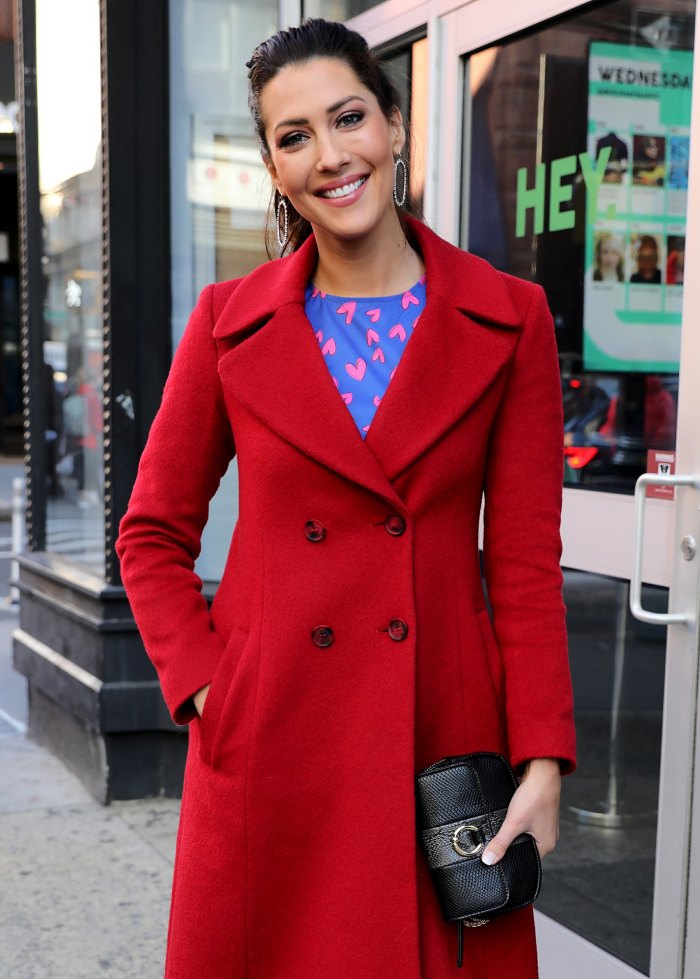 “I could watch him all day,” she quipped.

While the reality TV star appeared to be joking, she’s armed with some good dating advice when she does start playing the field again. In response to another question from a fan, Kufrin shared the “best dating advice” she’s been given in a screenshot of a tweet.

“The best piece of dating advice I’ve ever received is this: If they like you, you’ll know. If they don’t, you’ll be confused. Honestly, it’s all you need to know,” the post read. 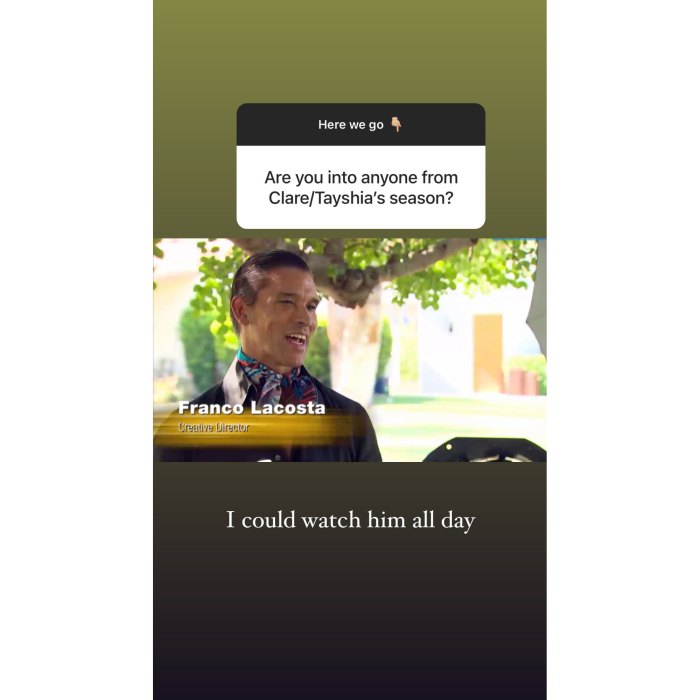 Kufrin opened up about her “heartbreak” over her split from fiancé Yrigoyen, 31, in a January 1 Instagram post, revealing that she’s ready to move on. “2020. Man, you gave me a run for my money. You have challenged me in ways I never thought possible. You changed the trajectory of my life, you took several people I loved away, & you pushed me to the point where I almost broke,” she wrote in the caption. “Thank you for the hardships. … Thank you for breaking my heart & allowing me to put the pieces back together in the most weird, but customized way.”

She continued, “2020, it’s been a love/hate relationship & I’m grateful for all you’ve shown me, but now it’s time we go our separate ways. I’ll never forget our time together, but it’s not me, it’s you.”

Days earlier, on December 27, Kufrin joked with followers about her breakup. Asked about a time “when you thought you had life figured out,” the ABC personality responded with a photo of a car with a vanity license plate that read “FNLROSE” — a nod to the season 14 Bachelorette finale, when Yrigoyen popped the question. Kufrin didn’t say more about their decision to call it quits, but added a sticker that read, “LOL.”

The “Bachelor Happy Hour” podcast cohost confirmed in a September 2020 episode of the show that she and her fiancé called off their engagement. Rumors had been swirling about the status of their relationship at the time. “I don’t think it’s going to come as a shock to anyone, but Garrett and I have decided to end our engagement,” she announced. “After many conversations, we came to this decision. It wasn’t something that we just arrived at one night. It wasn’t based solely off of one Instagram post or somebody else’s opinions or comments. There’s much more to it.”

Where was ITV’s Finding Alice filmed?