Still searching for The One! Madison Prewett shared her “biggest life updates” with her fans in a new YouTube video — and confirmed that she’s getting back on the dating scene after a brief romance.

“I was definitely in a relationship for … about eight months or so,” the 25-year-old Bachelor alum said in her Monday, April 26, vlog. “But it just didn’t work out, it just wasn’t the right time. Who knows what the future holds.”

The Alabama native, who detailed her move to Dallas earlier in the video, excitedly announced that she’s “been on a few dates” since her split.

Prewett didn’t reveal the identity of her now-ex, but in October 2020, she was spotted on a double date with NBA star Michael Porter Jr. and his sister Bri Porter, who brought along her husband, Reece. Two months prior, she flirted with MLB player Adley Rutschman on Instagram. 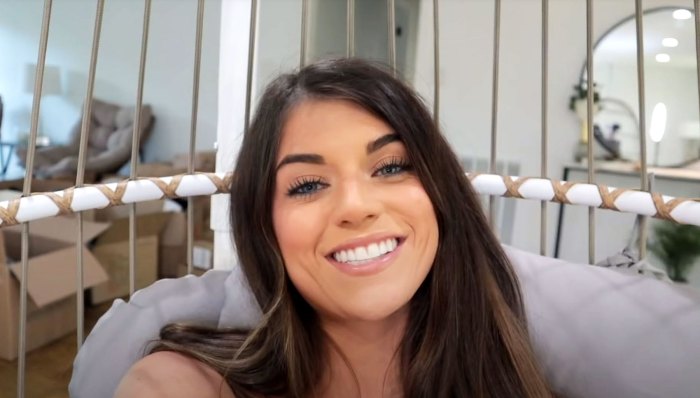 Before catching the eyes of pro athletes, Prewett vied for Peter Weber‘s heart on season 24 of the ABC reality dating series, which aired in 2019. She took herself out of the running for the 29-year-old pilot’s final rose, but after Weber broke off his engagement to winner Hannah Ann Sluss, the twosome briefly reunited.

“Madi, thank you for your patience and unconditional love. You’re the epitome of a woman who carries herself with grace, stands by what she believes in, and loves wholeheartedly. That love is something I feel so grateful to have felt and will take a piece of that with me always going forward,” the Bachelorette alum wrote via Instagram in March 2020, confirming he and Prewett had called it quits.

One month later, Us Weekly broke the news that Weber rekindled his romance with Kelley Flanagan, who came in fifth place on his Bachelor season. Before the duo split in December 2020, Prewett was “really, really excited” to see their relationship blossom.

“They were both two people that were very special to me in that season of my life,” the Auburn University graduate told Us that month. “And so, I still just wish them the best and I’m just very excited for them.”

Her Bachelor journey may not have ended with a proposal, but Prewett is ready to take that next step with someone soon.

“I fully thought, as a 25-year-old, I would be married, I would have two kids and I would have my own house,” she said in her Monday vlog, sharing her goals for the coming year. “I would love to find my husband. That is my No. 1 … I would love to meet him this year, we don’t have to be engaged or anything. … Send in your applications.”