Making it official. Hannah Brown and Adam Woolard confirmed their relationship for the first time on Sunday, February 14. The Bachelorette alum, 26, shared a photo of the couple kissing while horseback riding. “Happy Valentine’s Day @admandew,” she wrote over the Instagram photo, adding a heart emoji.

She later posted a photo on her Instagram Story of the pair holding hands, adding, “Feeling all the love. Happy Valentine’s Day y’all.” 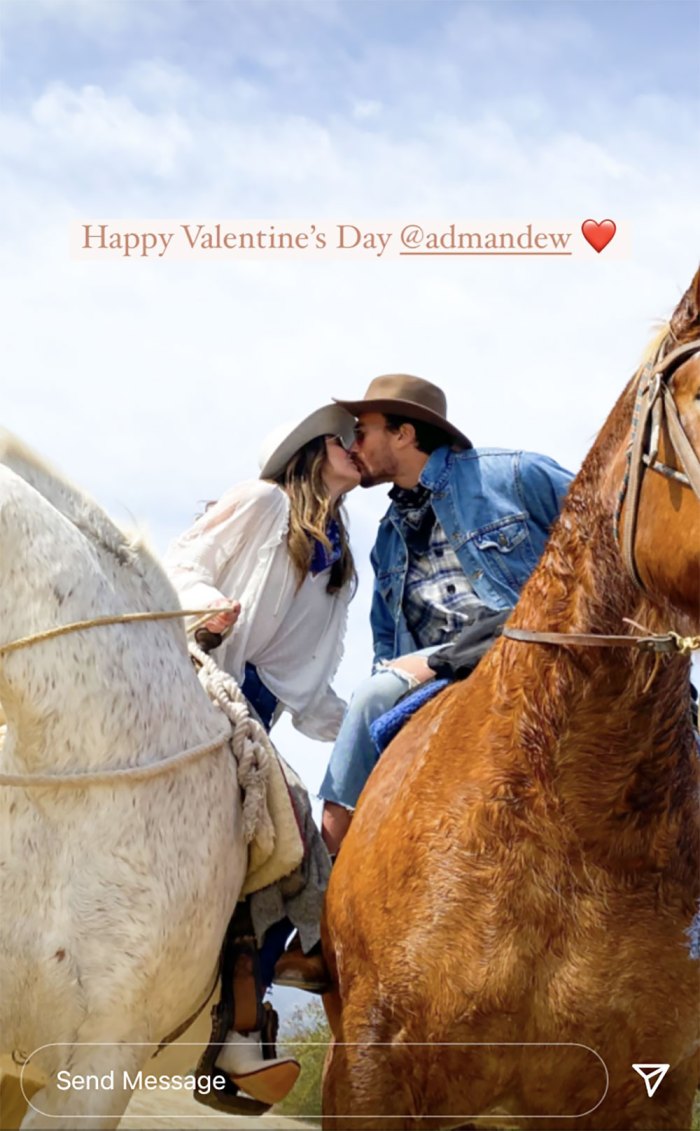 Brown and Woolard, 33, first sparked dating speculation when they were spotted holding hands in Los Angeles in January. They were also spotted dining together in Nashville days earlier.

The former pageant queen’s dating life has been chronicled on reality tv since 2019 when she competed on Colton Underwood‘s season of The Bachelor. She went on to become The Bachelorette and was briefly engaged to winner Jed Wyatt. After they split amid rumors he went on the show with a girlfriend at home, she asked out runner-up Tyler Cameron. She also briefly appeared on Peter Weber‘s season of The Bachelor. (Weber, 26, came in third place on Brown’s season.)

Last month, a source revealed to Us Weekly exclusively that the two “seem like a great match” amid their new romance. “They’re both from the south. He’s into working out, staying fit and enjoys doing a lot of sports: kickboxing, soccer, baseball, tennis — you name it,” the insider added, noting that he’s a “down to earth” person but “more private” than Brown.

“There’s a reason why he keeps his Instagram private. He’s not one to talk about his relationships or who he’s dating,” the source added. “It seems like they’re taking things slow.”

Earlier this month, Bachelor Matt James opened up about Brown’s relationship with Woolard.

“I couldn’t approve more,” James, 29, who has been friends with Brown for years, told Entertainment Tonight. “I actually had a chance to meet him, and he’s incredible.”

The Bachelor added that the University of Arkansas graduate is a “really good guy.”