It’s over! Dale Moss confirmed on Tuesday, January 19, that he and fiancée Clare Crawley have split, after the couple hit a rocky patch in their relationship earlier this month.

“I wanted [to] share with you all that Clare and I have decided to go our separate ways,” Moss wrote in a statement via his Instagram Story. “We appreciate the love and support we’ve received form so many people, but this is the healthiest decision for both of us at this time.”

He added: “We strongly believe in leading with love and always remaining true to oneself — something our families have taught and instilled in us throughout our lives. We only hope the best things for one another.” 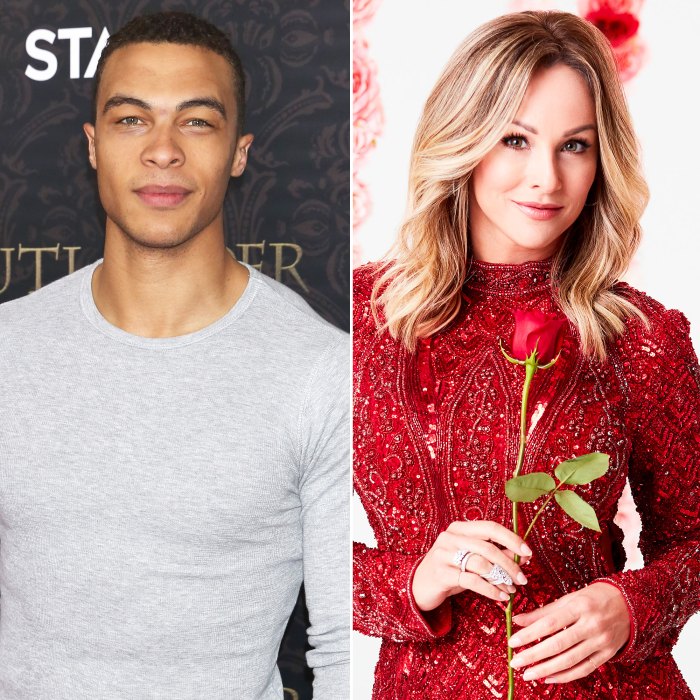 The former athlete, 32, and Crawley, 39, who met filming season 16 of The Bachelorette in July 2020, sparked breakup speculation earlier this month after Moss posted photos of himself in New York City.

“Dale and Clare are technically still together but there are serious issues they are working through,” a source exclusively told Us Weekly on Tuesday, January 19, noting the pair are “in communication but on a break.”

Three days prior, the former football player shared a photo of moving boxes amid snaps of himself exploring New York. Meanwhile, Crawley posted a picture with her mother, Lilia, in Sacramento, California on Thursday, January 14.

“I’m so thankful to be able to see my mom in person now,” the hairstylist wrote via Instagram at the time, referencing her mom’s battle with Alzheimer’s disease. “I get so emotional because this time is precious and I know means everything to both of us, especially as her mind is slipping away and her body is getting weaker. I try and sing and laugh to add a little sunshine to her day, even if it’s only for the 20 minutes they allow. I love it.”

The following day, Moss posted a cryptic message about love and family via Instagram.

“Scrolling through some old pics and found this one. Crazy to think my parents were damn near the same age I am now when this picture was taken,” he captioned a snap of his parents holding him as a baby. “Broke as s–t, but happy as hell because even if we didn’t have much, we had one another which is all that mattered.”

He added: “Life can be simple we just tend to over complicate it.”

The pair’s whirlwind romance made headlines last year after they fell in love after just two weeks on The Bachelorette. Moss proposed to Crawley during the November 5 episode and the duo then celebrated Thanksgiving with his family.

A month later, the couple sparked marriage speculation after Crawley called him her “husband” during an Instagram Story. She cleared up the “slip of the tongue” quickly, revealing they had not wed.

The two were last spotted together on a trip to La Jolla, California, on January 9, 2020. “Let’s never leave,” the former Bachelorette captioned a photo of the pair cozied up by the beach.