He put a ring on it! Bachelorette alum Bennett Jordan popped the question to Emily Chen after one year of dating — and shared a romantic video of the two loved up in post-engagement bliss.

“We have a 1 in 400 trillion chance of being born, and we are 2 of ~8 billion people in this world. I can only thank God for bringing us together and promise to go on the adventure of a lifetime with you,” the former reality star, 39, captioned the Instagram footage on Monday, August 1. “Thank you for making me the luckiest man alive @emilykchen 6.30.22 💍.”

The couple, who kiss, hold hands and dance on a ranch in Wyoming in the sweet video, got engaged last month but wanted to celebrate themselves before announcing the exciting news to the world.

We “have been enjoying the last month together before sharing the news 🤗,” the New York native wrote in the caption.

Jordan, who was in the running for Clare Crawley and later Tayshia Adams‘ hearts on season 16 of The Bachelorette, and Chen went public with their romance in September 2021 — though they actually began dating that summer.

“One year ago! Secret relationship @bennettandrewjordan,” the yoga instructor wrote via her Instagram Story on Monday alongside a July 2021 throwback selfie with the Bachelor Nation star. 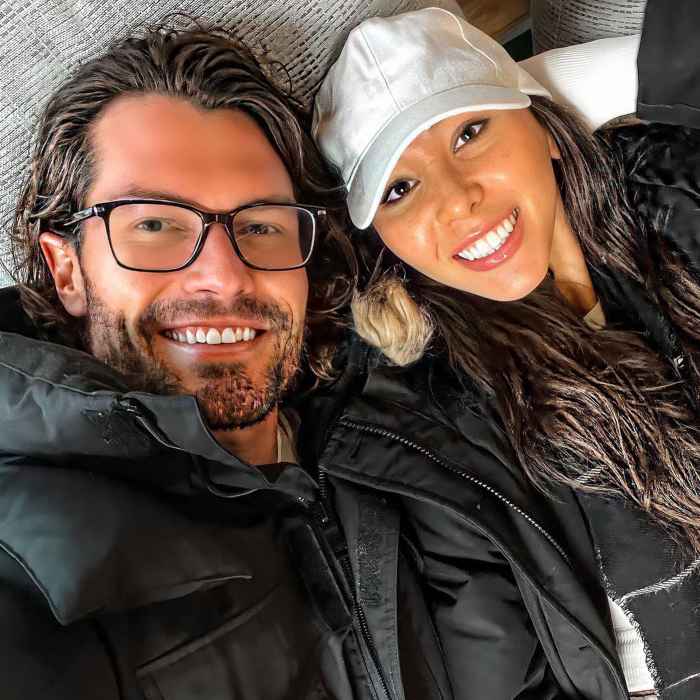 “Meet Emily @emchenyoga I’m pretty sure she’s a real life 😇,” the wealth management consultant shared via Instagram at the time, alongside a photo of him and Chen doing an advanced yoga pose. “Aside from being the most graceful yogi I’ve ever seen in my 15 years of practice, she has the best ❤️ and spirit of anyone I’ve ever met.”

Even nine months before he proposed to the yoga instructor, Jordan referred to himself as “the luckiest guy in the world” in the relationship reveal post.

For her part, the New York resident also couldn’t help but gush over her partner.

“I know we’ve just started our journey… but it feels like I’m remembering you. Ty for all the joy, play, positivity & confidence you bring into my life @bennettandrewjordan 💕 for my yoga fam: meet Ben, the man that brings me indescribable happiness. hope you don’t mind seeing him here :),” she wrote via Instagram the same day.

After Jordan was eliminated in week 8 of the 2020 season of The Bachelorette, he went for fellow Bachelor Nation star Kelley Flanagan, though nothing concrete ever came of their date.

“[Kelley and I have] been in touch; we’re in touch fairly regularly. We’ve been out once. We haven’t gone out, you know, multiple times or been out a lot,” Jordan exclusively told Us Weekly in May 2021, adding, “I’m open to seeing her again and would love to take her out and get to know her just a little bit better as she moves up here to New York.”

Though he also teased a potential stint on Bachelor in Paradise that never came to fruition. Instead, just weeks later, Jordan began his relationship with Chen — and the rest is history.