Another love connection made in Bachelor Nation! Pieper James and Brendan Morais, recently of The Bachelor and The Bachelorette, respectively, are dating.

“Pieper and Brendan have been dating for a few weeks now,” a source told Us Weekly exclusively of the new couple. “Either he’ll fly to New York and hang with her, or she’ll fly to Boston to hang with him. She was most recently in Boston over Memorial Day weekend and they were even spotted out in public together.”

The model, 23, competed on Matt James’ season of The Bachelor, which aired earlier this year. She was eliminated in week seven of the competition. For his part, the commercial roofer, 31, appeared on Clare Crawley’s season of The Bachelorette and remained on the show after Tayshia Adams replaced her. He left in week 12 before his fantasy suite date. 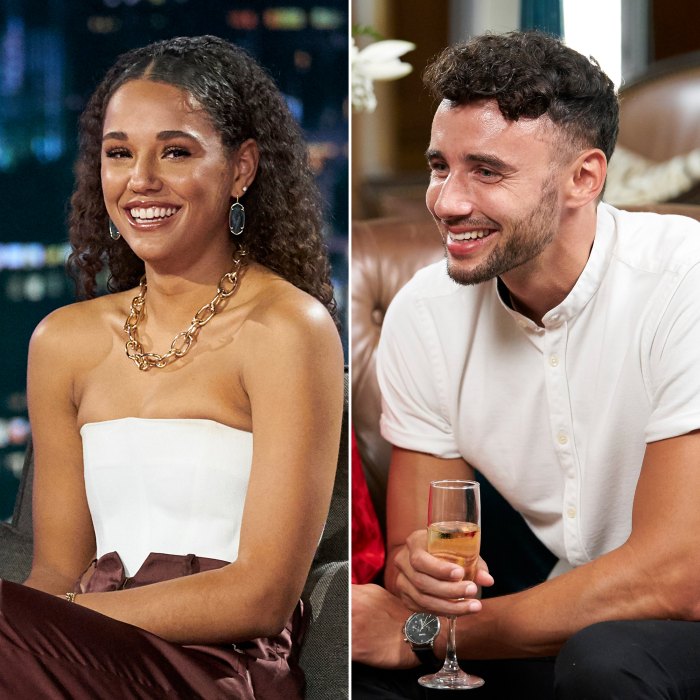 Though the duo didn’t find love on TV, things seem to be working out off screen. Fans have spotted them out in Boston and NYC, but so far they’re trying to stay low-key. “They’re keeping their relationship under wraps since they’re trying to make it work long-distance and it’s still new,” the insider explained. “They both are super into each other and are getting to know each other and are just having fun going on dates.”

The pair “have mutual friends,” the source added, noting that “they hang out in the same Bachelor crowd.”

During his time on The Bachelorette, Brendan was open about the fact that he had been married before. At first, he and Tayshia, 30, bonded over both having been divorced, but his hesitation to remarry was ultimately what made him decide to eliminate himself from the show.

A source told Us at the time that meeting jeweler Neil Lane was the catalyst for his decision. “It freaked him out a little bit,” the insider said. “He does want a wife and he wants kids, but the whole process took him by surprise, and he didn’t realize how quickly he was being asked to get down on one knee. It just wasn’t something he was ready for in the end. It was a lot for him to take in. Marriage is something he doesn’t take lightly.”

The new season of The Bachelorette premieres on ABC June 7 at 8 p.m. ET.