The stamp of approval! Ashley Iaconetti and Jared Haibon went on a double date with their former Bachelor in Paradise costar Nick Viall and his girlfriend, Natalie Joy.

“She’s everything we hoped he’d find. Perfect complement,” Iaconetti, 33, captioned a photo via Instagram on Sunday, March 21, of the foursome on the streets of West Hollywood.

Joy commented on the post, “Aw i love you guys!! it’s a hard job but i’m up for it,” to which Iaconetti responded, “Hahaha we know. Love you!”

Another Instagram user did not have kind things to say about Viall, who has been unlucky in love over the years. After finishing as the runner-up on both Andi Dorfman and Kaitlyn Bristowe’s seasons of The Bachelorette, the Wisconsin native, now 40, had a brief romance with Jennifer Saviano on Bachelor in Paradise and a short-lived engagement to the winner of his Bachelor season, Vanessa Grimaldi.

“He has had good women. He has commitment issues. It’s not the women. Sorry,” the troll commented on Iaconetti’s post on Sunday, prompting the former journalist to rush to her friend’s defense.

“He really doesn’t have commitment issues,” the Bachelor Winter Games winner clapped back. “He has had great women, but they weren’t a perfect fit for him until now.”

Viall and Joy made their relationship Instagram official in January, nearly two years after they were first linked. He revealed on his podcast, “The Viall Files,” in February that they met after the surgical technologist messaged him on Instagram. 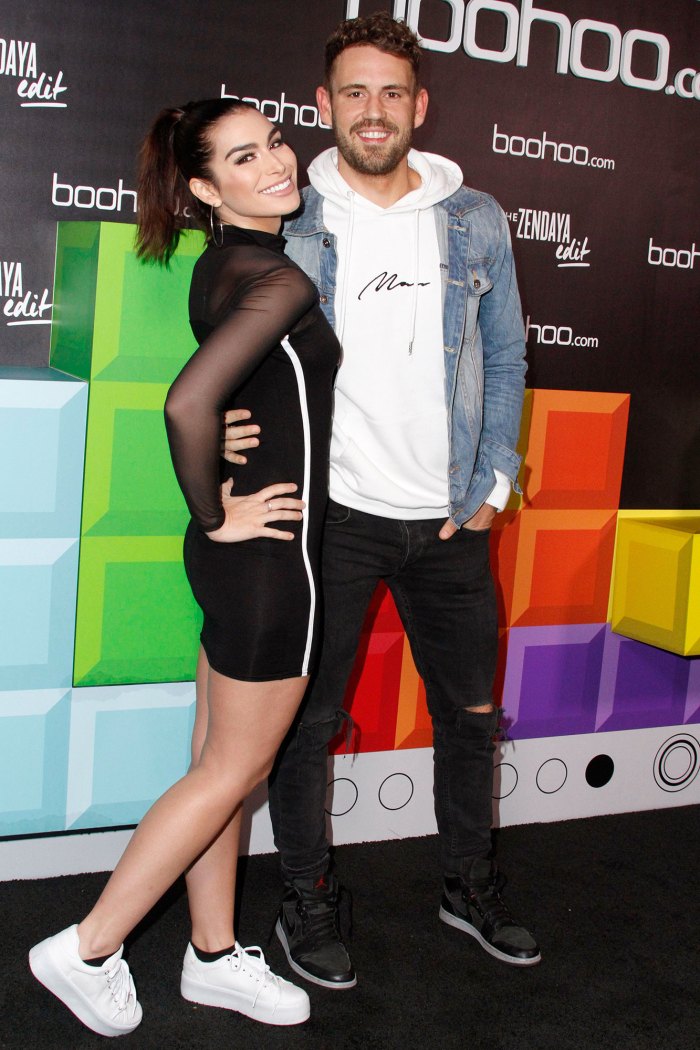 “It was very romantic,” he said with a laugh, admitting that he and Joy “both had reluctance” about whether they should officially become boyfriend and girlfriend. “We kind of kept hanging out, and she finally got a point where she was like, ‘I want to date,’ and I was kind of like, ‘I don’t know.’ … She just was like, ‘OK, this is what I want. It’s fine, no big deal, but I’m gonna go do my thing,’ and she did, and I was like, ‘What?!’ … She went and showed me exactly what I’d be missing.”

Since then, Joy has been a “voice of reason” for the reality star, who gushed on his podcast that she makes him “want to be better.”

A source exclusively told Us Weekly the same month that Viall was initially “very coy” about his budding relationship because “everyone witnessed his public breakups and what he’s gone through on national TV.” However, the insider revealed that Viall “really gets a kick out of” the attention on his love life as he and the model grow closer.