Armie Hammer’s estranged wife, Elizabeth Chambers, made her first lengthy statement since he came under fire for his alleged direct messages.

“For weeks, I’ve been trying to process everything that has transpired. I am shocked, heartbroken, and devastated,” the bakery owner, 38, wrote via Instagram on Monday, February 1, alongside a photo of a sunset. “Heartbreak aside, I am listening, and will continue to listen and educate myself on these delicate matters. I didn’t realize how much I didn’t know.”

Chambers told fans that she supports “any victim of assault or abuse” and urged “anyone who has experienced this pain to seek the help she or he needs to heal.”

After saying that she does not plan to comment “further on this matter,” the TV personality concluded her post, “My sole focus and attention will continue to be on our children [Harper, 6, and Ford, 4], on my work and on healing during this incredibly difficult time. Thank you for all of the love and support, and thank you in advance for your continued kindness, respect, and consideration for our children and me as we find ways to move forward.” 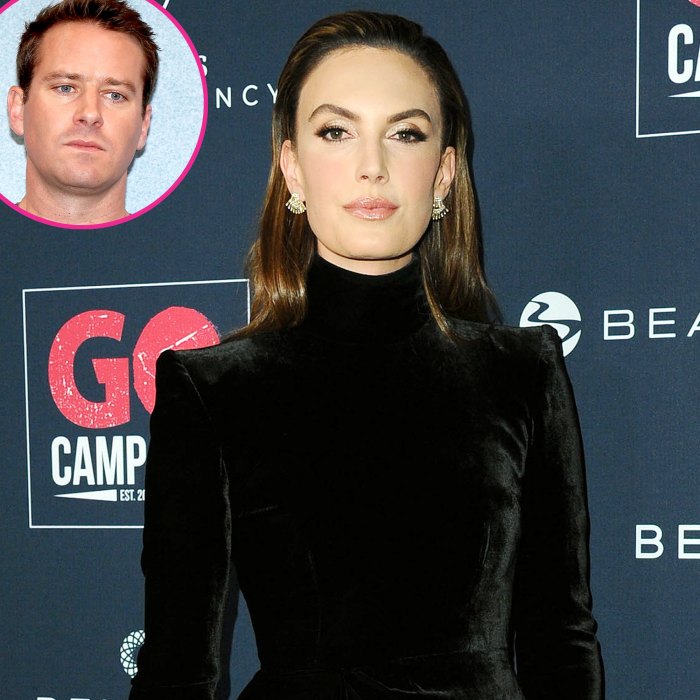 Chambers previously made headlines for leaving a brief comment beneath a news article about Hammer’s Call Me by Your Name costar Timothée Chalamet and director Luca Guadagnino being in talks to reunite for an upcoming movie titled Bones & All, which follows a cannibalistic character.

“No Words,” she wrote via Instagram on Thursday, January 28, in response to the reports.

The Gossip Girl alum, 34, came under fire earlier that month after multiple women shared unverified screenshots of messages that he allegedly sent them about his disturbing sexual fantasies, which ranged from rape to cannibalism.

Hammer blasted the “bulls–t” allegations against him on January 13, calling them “vicious and spurious online attacks.” His lawyer, meanwhile, denied model Paige Lorenze’s claims that the actor had branded her, saying in a January 22 statement to Us Weekly, “These assertions about Mr. Hammer are patently untrue. Any interactions with this person, or any partner of his, were completely consensual in that they were fully discussed, agreed upon, and mutually participatory.”

The Rebecca star has since dropped out of the movie Shotgun Wedding and two TV series, Gaslit and The Offer.

Hammer and Chambers split in July 2020 after 10 years of marriage. She filed for divorce later that month.