Armie Hammer was let go by his agency, WME, amid allegations about his personal life, according to multiple outlets.

The Hollywood Reporter broke the news on Friday, February 5. Variety then reported that Hammer’s personal publicist was stepping back too.

The Call Me by Your Name star, 34, came under fire in January after alleged text messages between him and several women surfaced online. In the unverified messages, a man who claimed to be Hammer allegedly wrote about fantasies of cannibalism and rape. 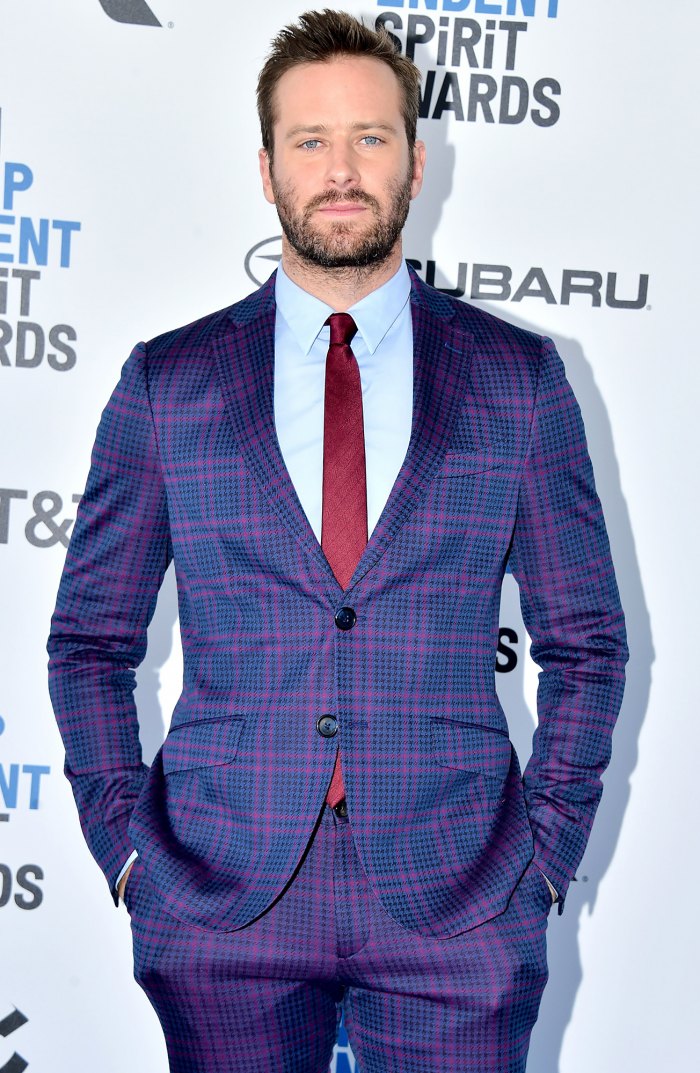 His ex Jessica Ciencin Henriquez alleged that the texts were “real,” tweeting: “I’m seeing a lot of posts going around about how I am a man-hater and I would just like to clarify: Yes. I love women, I respect women … I stand by women, and I hate men who don’t.”

Hammer addressed the scandal for the first time after news that he would no longer be in Jennifer Lopez’s upcoming film, Shotgun Wedding. “I’m not responding to these bulls—t claims, but in light of the vicious and spurious online attacks against me, I cannot in good conscience now leave my children for four months to shoot a film in the Dominican Republic,” he told TMZ in January. “Lionsgate is supporting me in this, and I’m grateful to them for that.”

The Rebecca actor apologized to Miss Cayman Islands later that month after referring to a lingerie-clad woman in bed as “Ms. Cayman” in a video posted on his private Instagram account. “I would like to clarify that the person in my video, which was stolen from my private Instagram, is not Miss Cayman,” he said in a statement to the Cayman Compass. “I am genuinely sorry for any confusion my foolish attempt at humor may have caused. My deep sympathies to Miss Cayman, who I don’t know, and to the entire organization as I had no intentions of implying she was actually Miss Cayman.”

Hammer’s attorney then called allegations that he branded ex-girlfriend Paige Lorenze “patently untrue” in a statement to Us Weekly. “Any interactions with this person, or any partner of his, were completely consensual in that they were fully discussed, agreed upon, and mutually participatory,” the lawyer said. “The stories being perpetuated in the media are a misguided attempt to present a one-sided narrative with the goal of tarnishing Mr. Hammer’s reputation, and communications from the individuals involved prove that.”

The Social Network star’s estranged wife, Elizabeth Chambers, spoke out about the scandal earlier this week. “For weeks, I’ve been trying to process everything that has transpired. I am shocked, heartbroken, and devastated,” she wrote via Instagram on Monday, February 1. “Heartbreak aside, I am listening, and will continue to listen and educate myself on these delicate matters. I didn’t realize how much I didn’t know.”

The bakery owner, 38, added that she supports “any victim of assault or abuse” and will continue to place her “sole focus and attention” on the pair’s children, Harper, 6, and Ford, 4.

Hammer and Chambers announced their split in July 2020 after 10 years of marriage — the same month she filed for divorce.