Armie Hammer issued an apology to Miss Cayman Islands after posting a video to his private Instagram account that showed a lingerie-clad woman in bed, whom he referred to as “Ms. Cayman.”

“I would like to clarify that the person in my video, which was stolen from my private Instagram, is not Miss Cayman,” the actor, 34, said in a statement to the Cayman Compass on Sunday, January 17. “I am genuinely sorry for any confusion my foolish attempt at humor may have caused.”

He added, “My deep sympathies to Miss Cayman, who I don’t know, and to the entire organization as I had no intentions of implying she was actually Miss Cayman.” 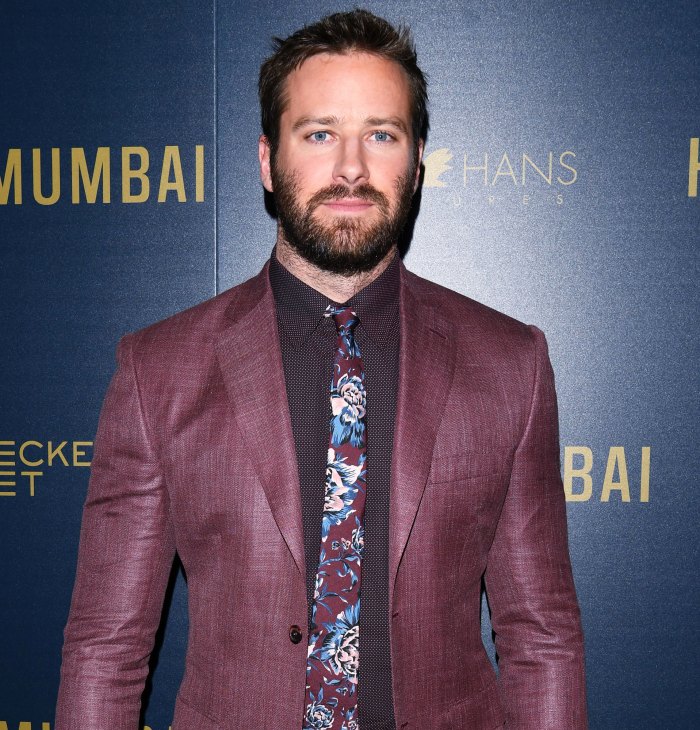 Hammer’s mea culpa came two days after the Daily Mail published photos and videos from his private Instagram page, including one of an unidentified woman on all fours with her backside to the camera.

“Well… my ex (for very good reason) wife [Elizabeth Chambers] is refusing to come back to america with my children. So I have to go back to Cayman… which sucks,” he captioned the post, according to the newspaper. “Except there are a few silver linings. Like f–king Ms. Cayman again while I’m down there.”

The Call Me by Your Name star and Chambers, 38, split in July 2020 after 10 years of marriage. They announced the news while quarantining together in the Cayman Islands, where he grew up, amid the COVID-19 pandemic. The bakery owner and their children, Harper, 6, and Ford, 4, have since stayed in the Caribbean, while Hammer has traveled back and forth from Los Angeles.

After the Gossip Girl alum’s “Ms. Cayman” video leaked, the Miss Cayman Islands Universe Committee released a statement via Instagram saying it was “very disturbed” by his caption.

The statement continued, “The role of Miss Cayman is in part, to serve as a role model to young Caymanian women. The depiction of the woman in the video goes against all that our organisation stands for and the Committee is consequently requesting that Mr. Hammer immediately remove all references to Miss Cayman from his social media channels.”

Hammer has been under fire for weeks after multiple women took to social media to share unverified screenshots of messages that he allegedly sent them about his graphic and disturbing sexual fantasies. Us Weekly confirmed that he subsequently exited the upcoming movie Shotgun Wedding, in which he had been set to star alongside Jennifer Lopez.

“I’m not responding to these bulls–t claims, but in light of the vicious and spurious online attacks against me, I cannot in good conscience now leave my children for four months to shoot a film in the Dominican Republic,” the Social Network star said in a statement to TMZ on Wednesday, January 13. “Lionsgate is supporting me in this, and I’m grateful to them for that.”