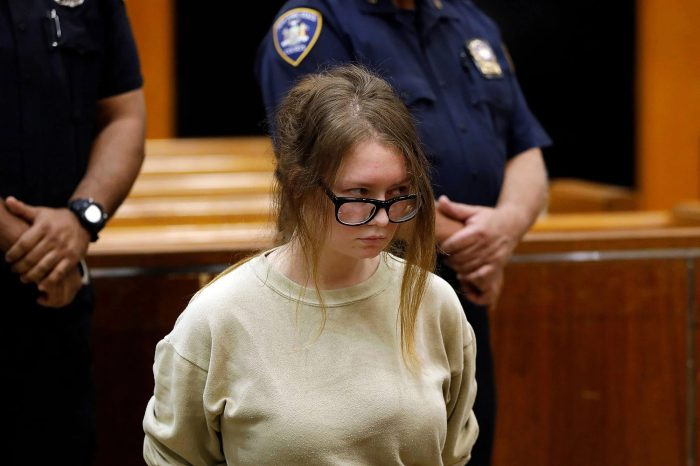 All in the past. Anna Delvey isn’t still friends with Rachel DeLoache Williams — and she’s not interested in her lawsuit over Inventing Anna.

“I didn’t watch the show, but I think it’s a very well-founded, very well-sourced portrayal,” the Russia native, 31, exclusively told Us Weekly on Tuesday, October 25. “I frankly don’t care.”

Earlier this year, Williams, 34, sued Netflix over her depiction in Inventing Anna, which starred Julia Garner as Delvey. “Netflix made a deliberate decision for dramatic purposes to show Williams doing or saying things in the series which portray her as a greedy, snobbish, disloyal, dishonest, cowardly, manipulative and opportunistic person,” the former Vanity Fair photo editor, who was played by Katie Lowes, alleged in her lawsuit.

In 2019, Williams published My Friend Anna: The True Story of a Fake Heiress, in which she detailed her friendship with Delvey, whose real name is Anna Sorokin. The photographer accused her former pal of conning her out of $62,000, reported her to the authorities and later testified against her in court.

Delvey, for her part, said she “absolutely” hasn’t spoken to Williams since before she was incarcerated. The former Purple intern was sentenced to four to 12 years in prison in April 2019 after she was convicted of grand larceny, larceny in the second degree and theft of services. After her February 2021 release, she spent 18 months in an immigration detention facility for overstaying her visa.

Now on house arrest in New York City, Delvey said that she’s now focused on the future. “I am working on a podcast, a book,” she told Us, adding that her artwork is available for sale at Founders Art Club. “I’m going to see what I’m going to do with my art and I have better supplies now. I have some canvases and different colors, and I am looking into options of setting up a law apprenticeship since I know so much now.” 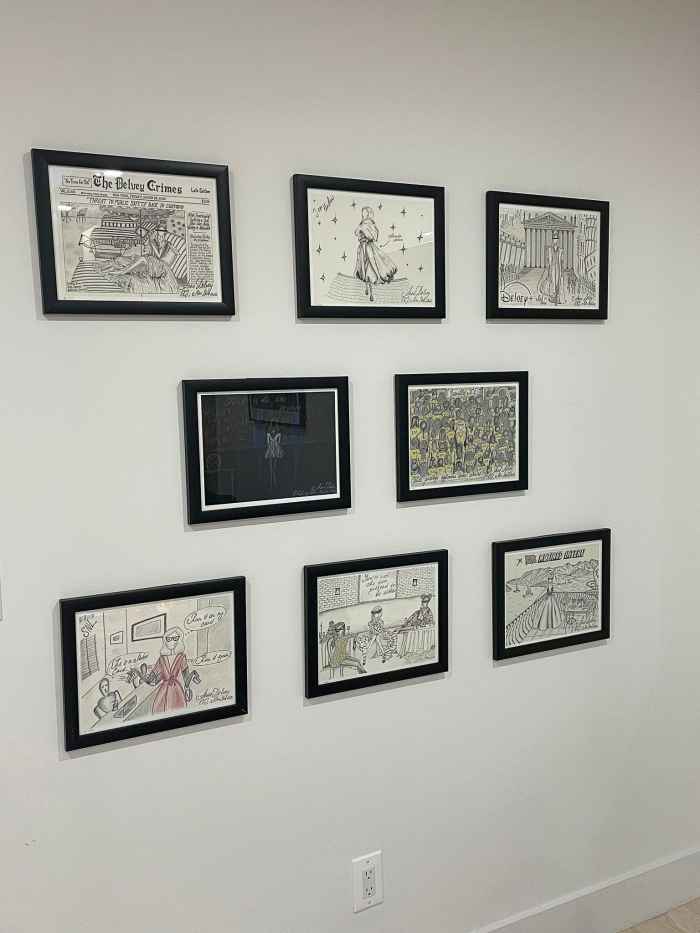 Delvey explained that her apprenticeship would be “kind of” like the one Kim Kardashian is doing, though she noted that the Skims cofounder, 42, didn’t directly inspire her.

“We definitely have different reasons,” said Delvey, adding that she wants to focus on immigration and criminal finance. “I’ve been through it myself, so I think that’s why I have a little bit more of an insider perspective. [Kim’s] cases are more on just convictions and lifers. … Her focus seems to be more extreme cases, like when you get 30 years for something.”

In the meantime, however, Delvey plans to catch up on some of the TV she missed while in detention.

Labour’s bigots don’t get it: Tories are the diversity party