Cleaning house. Angelina Jolie sold a rare Winston Churchill painting that she got from her ex-husband Brad Pitt, CNN reports.

“Tower of Koutoubia Mosque” became the most expensive work of art by the late British prime minister to sell at an auction, fetching $11.5 million after fees on Monday, March 1, despite its much lower estimated worth of $3.5 million. Churchill’s record was previously held by “The Goldfish Pool at Chartwell,” which sold for $2.75 million in 2014. 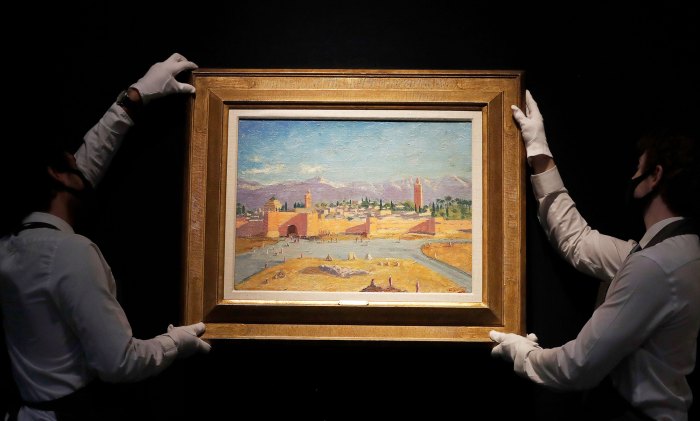 The conservative politician, who died at age 90 in 1965, painted “Tower of the Koutoubia Mosque” in 1943. After attending the Casablanca Conference in Marrakech, Morocco, with Franklin D. Roosevelt to strategize against Nazi Germany during World War II, Churchill gave it to the U.S. president.

Roosevelt died only two years later at age 63, and one of his sons sold the Impressionist-style sunset painting to a filmmaker in the 1960s. It eventually ended up in the hands of antiques dealer Bill Rau before Pitt bought it in 2011 and gifted it to his then-girlfriend, Jolie. 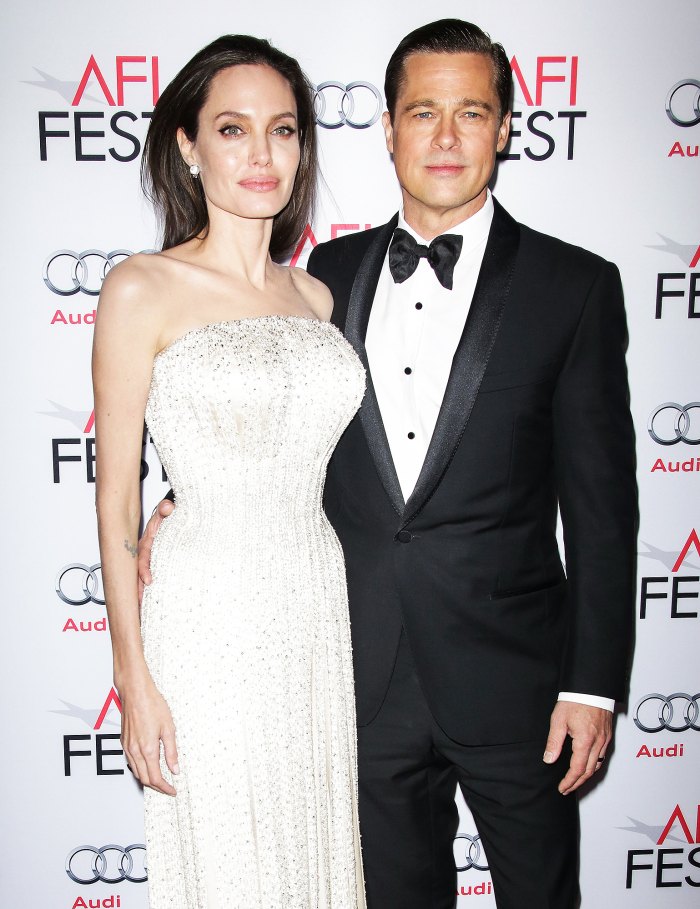 The London-based auction house Christie’s told CNN that the Maleficent actress, 45, listed the artwork as property of the “Jolie Family Collection.”

The Fight Club actor, 57, proposed to Jolie one year after giving her the expensive painting. They married at their Château Miraval estate in Correns, France, in 2014 and separated two years later.

While a judge declared the Mr. & Mrs. Smith costars legally single in 2019, they have yet to finalize their divorce and continue to battle over custody of their children Pax, 17, Zahara, 16, Shiloh, 14, and twins Knox and Vivienne, 12. The former couple are also the parents of Maddox, who is considered an adult at 19. Multiple sources previously told Us Weekly that the Yonsei University student does not have a relationship with Pitt.

“Brad wants 50/50 joint physical and legal custody of the kids,” a source exclusively told Us in 2020. “Angelina has been unagreeable to those terms.”

Jolie called the past few years “pretty hard” in this month’s issue of British Vogue, telling the magazine, “I’ve been focusing on healing our family. It’s slowly coming back, like the ice melting and the blood returning to my body. But I’m not there. I’m not there yet. But I hope to be. I’m planning on it.”

Police back granddad who hacked neighbor’s pit bull with machete