More than one year since Amanza Smith’s ex-husband, Ralph Brown, went MIA, the Selling Sunset star is taking legal action to get sole custody of their two kids.

“It’s a process and it costs money and it’s a whole thing,” the 43-year-old reality TV personality exclusively told Us Weekly. “I’m like, ‘I have to pay money now to fight in court to get the kids that belong to me?’ I’m a little bit stressed.”

Smith and Brown, 42, are the parents of daughter Noah and son Braker. The pair, who split in 2012 after two years of marriage, haven’t communicated since September 2019. According to the real estate agent, the former NFL player was last spotted on August 26, 2019, when Smith brought their children to school in Los Angeles. 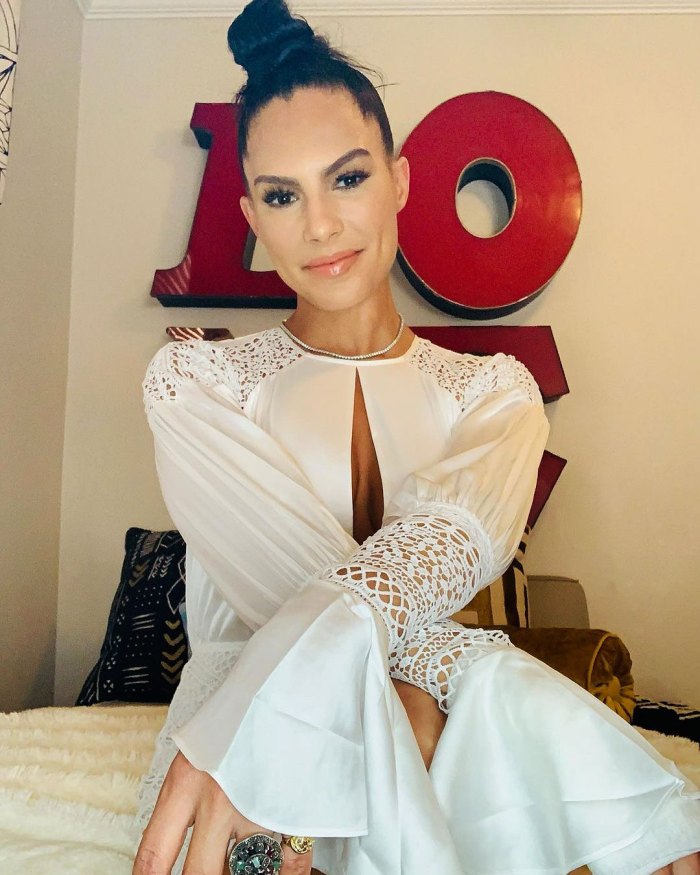 “I need answers. I want to know where you are for whatever reason — if you are mentally unstable or if you’re on drugs. I can help get you rehabilitated so that my children can have the version of their father back that we all knew and loved,” Smith told Us, noting Brown was an “amazing dad” before he went missing. “This sounds so morbid, but it’s almost like if he had died and we knew about it and we found out … you mourn it. It’s that permanent. This is, like, open-ended. It’s abandonment.”

Smith and Brown made headlines in August 2020 after she spoke about him on season 3 of Selling Sunset. While he has yet to publicly respond to his ex-wife’s claims about his status, Us previously obtained court documents filed by Brown in November 2019. In the docs, he noted that he had “multiple breakdowns, intense physical pain and mental struggles” since retiring from the NFL. The former New York Giants player added that he believes he may be suffering from chronic traumatic encephalopathy.

“He was in the NFL for 11 years. We all know CTE is a real thing and it’s sad,” Smith told Us. “From early on, I just explained to [my kids] that I think Daddy’s brain may be sick.”

Smith added that Noah and Braker don’t ask for their dad much anymore, but she’s still determined to find out where he is.

“I’m on a mission now. It’s my duty to find him. Not for revenge. This isn’t about any like that. I just need to know — does his family know where he is? His family has not contacted me. I’ve reached out. I’ve emailed, I’ve sent texts. I’ve left voicemails. I’ve reached out on Facebook and then I would be blocked. I’ve had so many of Ralph’s friends [contact] me over the past year and a half,” she explained to Us.

She concluded: “If he showed up on my doorstep, I don’t know, I probably would either freeze in shock or break down sobbing, hug him … but [my reaction] wouldn’t be anger.”