Joey Fatone is ready to get the band back together — if all five members of ‘NSync were down to do another album.

“I can’t speak for anybody else, but for me, it would be fun. Why not? I mean, let’s be real here. It wasn’t broke,” Fatone, 44, exclusively told Us Weekly while promoting his series, Common Knowledge. ”Everybody kind of separated to do their own thing and now we’ve done our own thing and still doing our own thing, but you know what, I think it’d be kind of fun to do something like that and get back together.”

Biggest Boy Bands of All Time

He added: “What harm is it going to happen? Oh my God, we don’t get No. 1 on the charts. Oh, darn. We’ve done that already. It’s OK. For me, it would be more or less performing and having fun with my brothers.”

‘NSync — which also includes Justin Timberlake, JC Chasez, Lance Bass and Chris Kirkpatrick — formed in 1995 and went on to be nominated for eight Grammys. They’ve reunited over the years since disbanding in 2001, but all five of them haven’t been in the same room since their Hollywood Walk of Fame ceremony in 2018.

In 2013, fans went wild when the group reunited for Timberlake’s Michael Jackson Video Vanguard Award set at the MTV Video Music Awards. The “SexyBack” singer, however, was not in attendance when the other members performed with Ariana Grande at the music festival in April 2019. 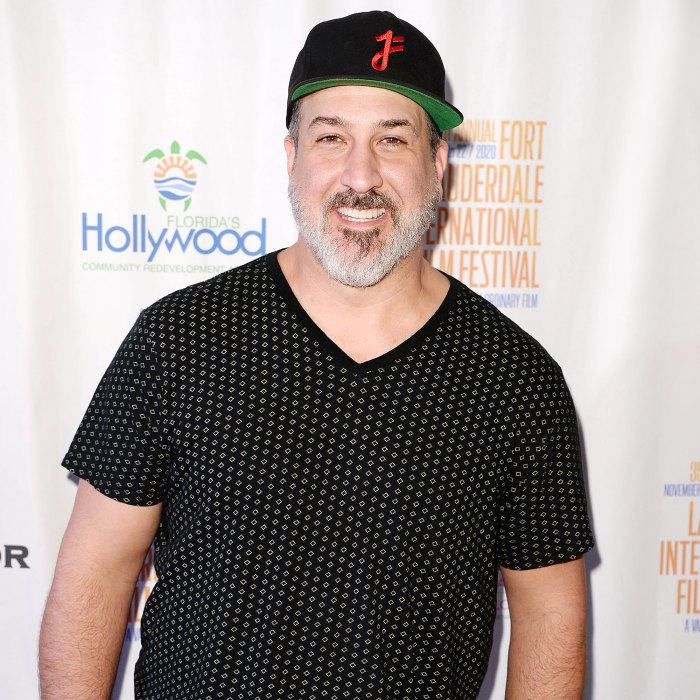 The band initially was just going to take a breather. However, Timberlake’s solo career skyrocketed, and the break became permanent. At the Hollywood Walk of Fame ceremony, Ellen DeGeneres and former TRL host Carson Daly, fittingly, presented them with their star.

“This is so surreal,” Timberlake said at the time. “You guys are the best fans in the world. First off, I’m gonna sound like a broken record, but for all of your who came from and wide to be here to share this moment with us, thank you so much … These four guys mean so much to me and we’re really a family.”

The group released four studio albums, 18 singles and sold over 70 million records when they were together. They also completed five nationwide concert tours.

“It was always funny how me and Lance rode the bus together with my brother. And then it was JC, Justin and Chris on another bus,” Fatone told Us. “Our bus — me and Lance — was really the farm. We had chinchillas. We had ferrets. It was hilarious. We had animals the whole time on that damn bus, which was a lot of fun. Lance wanted an animal. You want some companion besides your brothers. You see them every day 24/7. So we were having animals. It was hilarious. It was really funny. We were really just hanging out and bonding. We were kids. We were in our 20s, early 20s.”

As for the other tour bus, he teased that Timberlake, Chasez and Kirkpatrick’s road digs were probably “boring.”

“Actually, back in the day, we were playing Halo. We were able to connect the TV from the front of the bus to the back of the bus and we were able to play in the front and the back. So we’d be yelling up at the front of the bus when some people were on two different teams. And we would play Halo a lot. I mean, again, when just sitting on the bus, there’s only a few things to do. Of course, when we were all finally of age, we’re all freaking drinking on the bus,” he explained. “But other than that, we were playing video games, chilling or writing or sleeping, or going through messages or doing interviews. At all different times it just depended on where we were, what we were doing and when we were on that bus.” 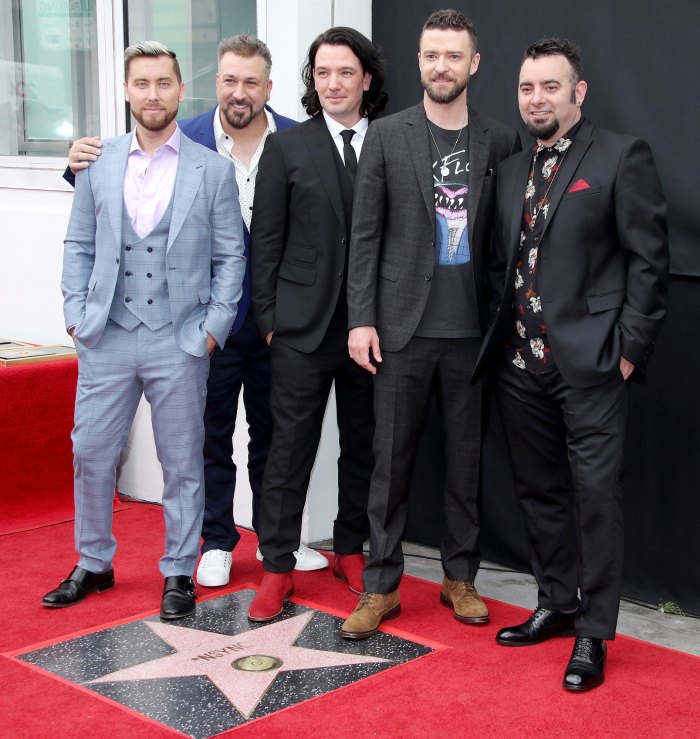 Lance Bass, Joey Fatone, JC Chasez, Justin Timberlake and Chris Kirkpatrick of ’NSync at the ceremony for their star on the Hollywood Walk of Fame on April 30, 2018 in Los Angeles, California. Matt Baron/Shutterstock

‘NSync’s most notable hits included “Bye Bye Bye,” “Pop,” “Tearin’ Up My Heart,” “This I Promise You”, “Gone” and “It’s Gonna Be Me,” which was Fatone’s favorite music video to make.

“The way it looked, I liked the doll one, ‘It’s Gonna Be Me.’ The only grueling part about it was we were in Bangkok [for] 24 hours. We were in makeup for a full 24 hours, which really sucked. But the video was cool,” he said. “It was just stiff. It hurt after a while, because again, as it’s wearing off or cracking, as far as the makeup, they’re applying a little bit more makeup on top of it. So you’re never washing it off and then applying it again. I think legitimately from seven in the morning, till seven in the morning the next day. That’s when they would take the makeup off. It was exhausting.”

Since the band split, Fatone has gone on to appear in the Big Fat Greek Wedding franchise, an announcer on Family Feud and compete on Dancing With the Stars.

“I think the first thing that happened when we thought about that was, ‘Oh, damn, we’re not going to tour anymore. So we have to figure out what to do.’ But actually, it was more of a little blessing because it was a break,” he told Us. “It’s been awesome because people have seen my personality and I’m not just ‘NSync. It was probably around the DWTS time and people were like, ‘Oh, you actually have a personality. You actually are kind of fun and not just a cookie-cutter boy bander kind of thing.’”

He’s currently hosting Common Knowledge, a show that tests two teams with everyday questions that everyone should (hopefully!) know. The team with the most points after three rounds then heads to a bonus round for a chance to win $10,000. It’s currently in its third season and just surpassed its 250th episode.

“It’s been a minute since we’ve actually done anything [amid the pandemic]. So it’s been really great. It’s exciting to get back on our feet again,” Fatone explained. “The contestants are great. I mean, again, it’s just one of those things where it’s anybody of any age can watch it. It’s not like going over somebody’s head. It’s just a fun family show. So it’s been great. We’re trying to get out as much money as we can.”