The Cher Horowitz actress, 44, reprised her role as the kindhearted high schooler while lip-synching to a scene where Cher tried to flirt with character Christian Stovitz (originally played by Justin Walker) before she realized he was gay. They were watching a movie in her bedroom when Cher did her best to put the moves on Siriano, who took on the role of Christian.

The Baby-Sitters Club actress rubbed her feet against the fashion designer, 35, claiming her feet are cold. Instead of taking the invitation to cuddle, he threw two pillows on top of her.

As she flipped her hair, she fell off the bed and claimed she was fine. Siriano decided to add a little more spice to the scene, which is supposed to end with Cher’s embarrassing tumble. He decided to throw himself on top of Silverstone, making the True Crime actress burst into laughter.

“I finally got Christian in bed! 😏😂 @csiriano and I having some fun while in France… 🇫🇷💕 #Clueless,” Silverstone captioned the clip via Instagram. Siriano replied with several fire emojis.

The two were on vacation together in Provence, so Silverstone wasn’t with her usual scene partner. The actress has brought son Bear, 10, in to help her recreate other scenes.

To celebrate the 26th anniversary of Clueless in July, Bear lip-synched the role of Cher’s lawyer father as he critiqued Cher’s sexy dress. A month prior, they made Silverstone’s first TikTok video with a different clip from the movie’s opening where Cher shoved a random guy who tried to put his arm around her.

“Ugh, as if!” she said. Though Silverstone pushed her son away, the clip ended with her giving him a hug.

Silverstone shares her only child with ex-husband Christopher Jarecki. While he’s happy to make TikTok clips with his mother, Bear isn’t interested in acting yet.

“So far, no [interest],” the star told Us Weekly exclusively in July. “He’s happy with doing a bunch of other things, so we’ll see. But right now, it’s not in his mind.” 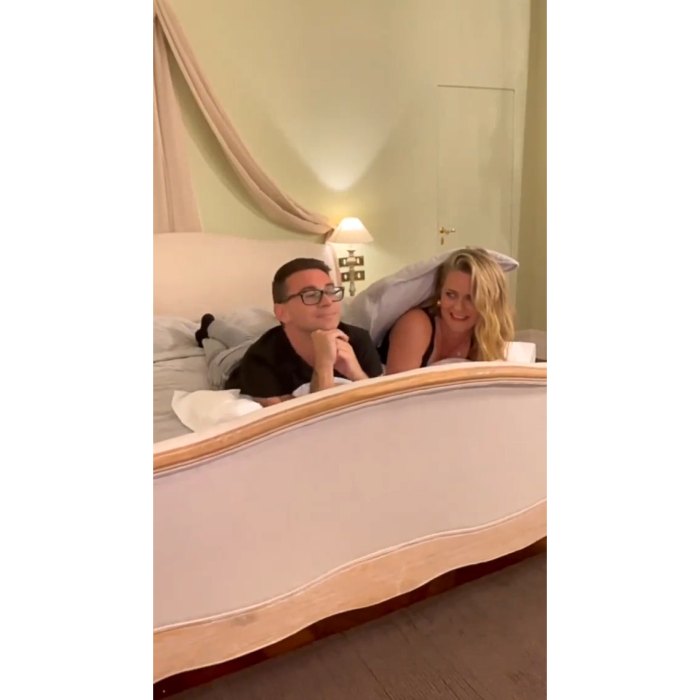 She added that her recreations aren’t a big production. Whether she’s with Bear or Siriano, they’re just having fun.

“I’m not going out shopping or putting a lot of thought into these — that’s not what it’s about. I’m just going, ‘Oh, let’s do this.’ Then I go do it and five minutes late it’s done,” she told Us. “They’re not very well-produced, but hopefully the homegrown feel is what will make people giggle.”