BFF goals! Addison Rae opened up about the valuable advice that her friend Kourtney Kardashian offered her about fame.

“It’s just, ‘Don’t let everyone tell you who you are.’ I think she always would make sure that I knew who I was and that’s kind of the most important piece of advice that I’ve gotten from anyone,” Rae, 20, told Entertainment Tonight on Tuesday, August 10.

She continued: “Just really remember who you are and remember that not everyone’s going to see you that way, you can’t control people’s perception of you, live your life and make yourself feel happy and that’s kind of what matters. You’ll attract people around you that are meant to be there.” 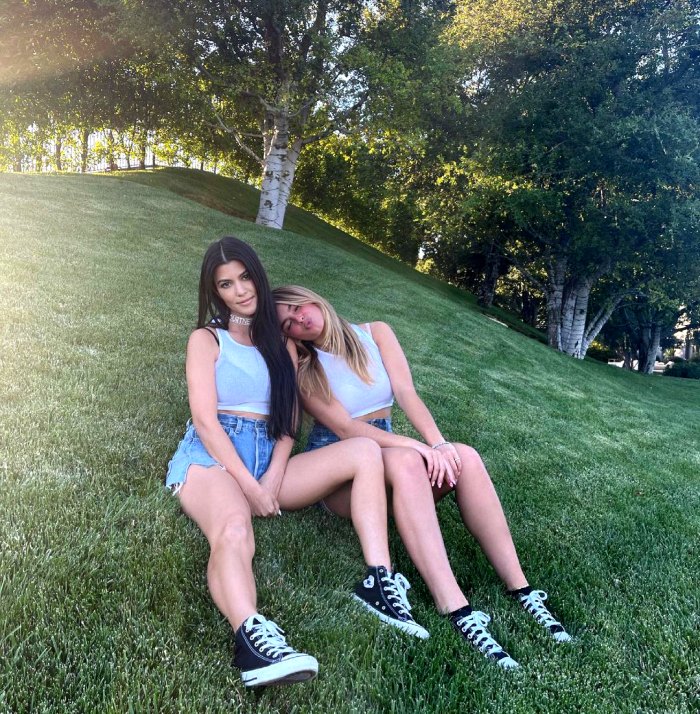 The TikTok star, who will be making her acting debut in the upcoming Netflix romantic comedy He’s All That, detailed how Kardashian, 42, has supported her throughout their friendship.

For Rae, working on her first movie with the reality star was an “indescribable” experience.

“We practiced outside of it, we practiced during, right before. We were really on our game together because she was nervous and I was definitely nervous too,” the dancer described to ET. “But by that time I had gotten more comfortable and she was like, ‘I don’t know. It feels like I’m not doing it right.’ And I’m like, ‘No, you’re doing it great, like, you are you. Trust me, it’s gonna work!’ And it was so much fun.”

In the She’s All That reimagining, Rae plays a character named Padgett who ends up accepting a challenge to reinvent a classmate (Tanner Buchanan) in order to save her reputation after a humiliating breakup. The Poosh founder appeared in the trailer as Padgett’s friend who checks in on her throughout the course of the movie.

In real life, the pair originally became friends in summer 2020 and have already shared the small screen together when Rae appeared on Keeping Up With the Kardashians. The “Obsessed” singer previously opened up to Us Weekly about what she learned after spending time with the famous family.

“The advice I have gotten from hanging around people who have spent time in the spotlight is to always be humble and grateful for all that I am given because I am in a really fortunate position,” she told Us in July 2020. “I’m truly thankful for the platform my followers have given me.”