A match made in mindfulness! Aaron Rodgers and Shailene Woodley’s friends think they’re a great pair, a source revealed exclusively to Us Weekly.

“While some might be perplexed of how compatible they are, it’s obvious among those close to them that they’re meant to be,” the insider said. “They’re a great match because they’re both hardworking, career-focused, have a similar lifestyle and are down to earth.” 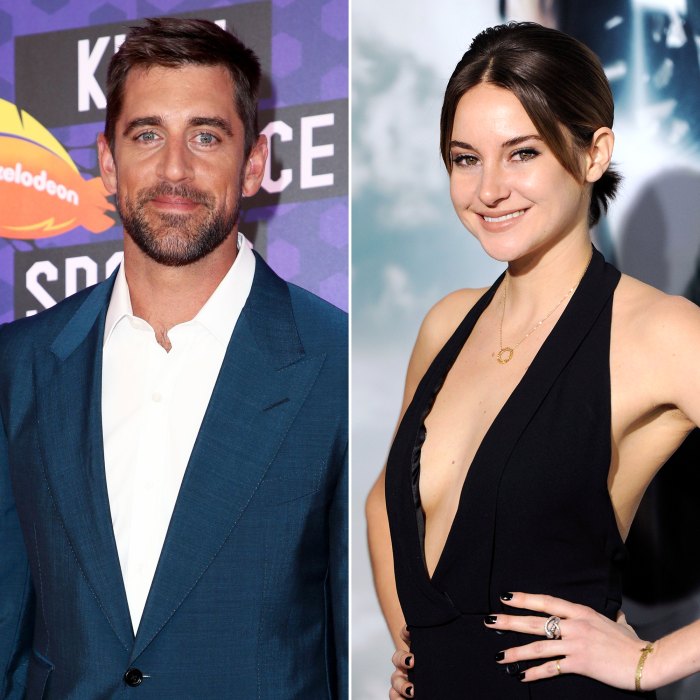 “Aaron and Shailene are dating!” a second source told Us at the time. “They started off as friends, but things have turned romantic. The two are staying in contact while they are living away from each other. The relationship is long-distance for right now, but they are making it work.”

Just days later, the football player announced that he’d proposed to the Fault in Our Stars actress in a subtle nod to his “fiancée” during the NFL Honors ceremony on February 6.

“I got engaged and played some of the best football of my career,” he said during his speech.

Later that same month, the Big Little Lies star confirmed the engagement during an appearance on The Tonight Show Starring Jimmy Fallon, telling the talk show host she’d been engaged “for a while.” She also gave fans a glimpse of her engagement ring.

“We met during this whacky, whacky time and all the stadiums were closed that he was playing in. I didn’t really grow up with sports, especially American sports. It was never really on my radar,” the California native said on February 22. “When we met, also, I knew he was a football guy, but I didn’t know like what kind of a football guy he was. And I’m still constantly learning.”

According to the first source, people often forget that the Green Bay Packer has more to him than simply his career.

“People think of Aaron as this tough football player, but he actually has a soft side to him and can be goofy and nerdy,” the insider said.

The couple were spotted together for the first time since their engagement was announced as they boarded a private jet in Costa Careyes, Mexico, on March 29.

“Shailene and Aaron are excited for this next chapter of their lives. Aaron wouldn’t have proposed if he wasn’t 100 percent serious about Shailene being The One,” the source noted. “They’re a private couple and for the most part, they keep details of their relationship private.”