Pics for proof! Aaron Rodgers and Shailene Woodley were spotted together for the first time since they confirmed their romance — and engagement.

In photos obtained by TMZ, the 37-year-old quarterback and the 29-year-old actress boarded a private jet from Costa Careyes, Mexico, on Monday, March 29. The twosome looked casual as they gathered their belongings to head to their next destination. While Woodley wore leggings and an oversized sweater, Rodgers sported sweats and a hoodie.

Us Weekly reported in February that Rodgers and Woodley were dating after they were seen together by sports blog Terez Owens in July 2020. 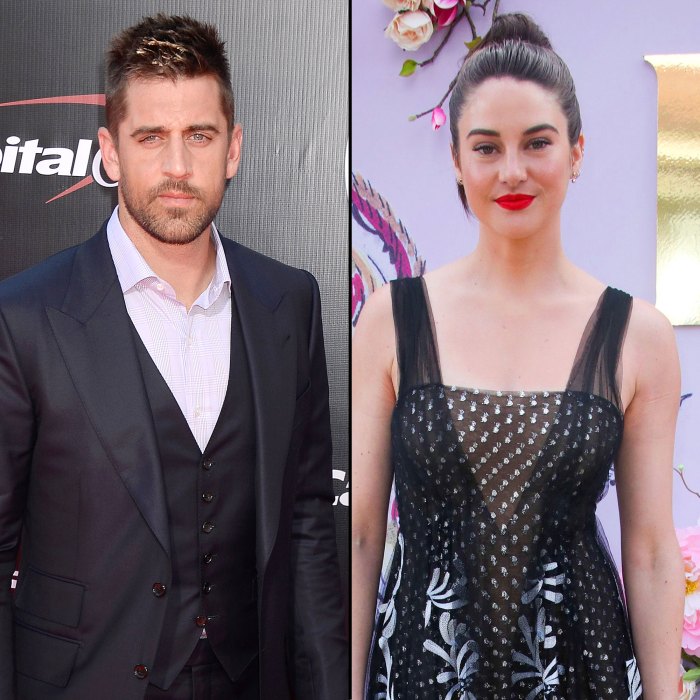 “They started off as friends, but things have turned romantic,” a source told Us in February.

That same month, the football player announced he was secretly engaged during his NFL Honors acceptance speech, giving love to his “fiancée.”

“I got engaged and played some of the best football of my career,” he said during the speech.

The Big Little Lies star subsequently confirmed that the twosome had been engaged “for a while,” telling Jimmy Fallon, “I never thought I’d be engaged [to] somebody who threw balls for a living.”

During the February 22 interview, Woodley also gave fans their first look at her engagement ring.

“We met during this whacky, whacky time and all the stadiums were closed that he was playing in. I didn’t really grow up with sports, especially American sports. It was never really on my radar,” she said on The Tonight Show Starring Jimmy Fallon. “When we met, also, I knew he was a football guy, but I didn’t know like what kind of a football guy he was. And I’m still constantly learning.”

During his aforementioned NFL Honors speech, Rodgers thanked Jodie Foster too, prompting speculation that the 58-year-old actress set them up. The Golden Globe winner addressed the chatter during an interview with Us and other reporters in the press room at the awards show.

“I did not set up Shailene and Aaron,” Foster said of her The Mauritanian costar on February 21. “I have never met Aaron Rodgers, but it is possible that I do like to talk about Green Bay Packers and sometimes I can talk a little bit too much about that. So, of course, Shailene was very aware of my enthusiasm for the team.”

Dying George Floyd ‘suffocated like a fish in a bag’, eyewitness says