Travel buddy! Aaron Rodgers and his fiancée, Shailene Woodley, were all smiles as they enjoyed a meal together in Arkansas.

“Our team had the opportunity to cook for @aaronrodgers12 and his crew last night,” the Best Breakfast Café team captioned an Instagram photo with the couple on Tuesday, March 30. “Grateful for the opportunity🏈.”

The Green Bay Packers quarterback, 37, was wearing a black beanie and black hooded sweatshirt as he stood behind the Fault in Our Stars actress, 29, in the snap. Woodley had her hair in a half-up, half-down topknot and wore a big, grey coat while standing next to the cooking staff. 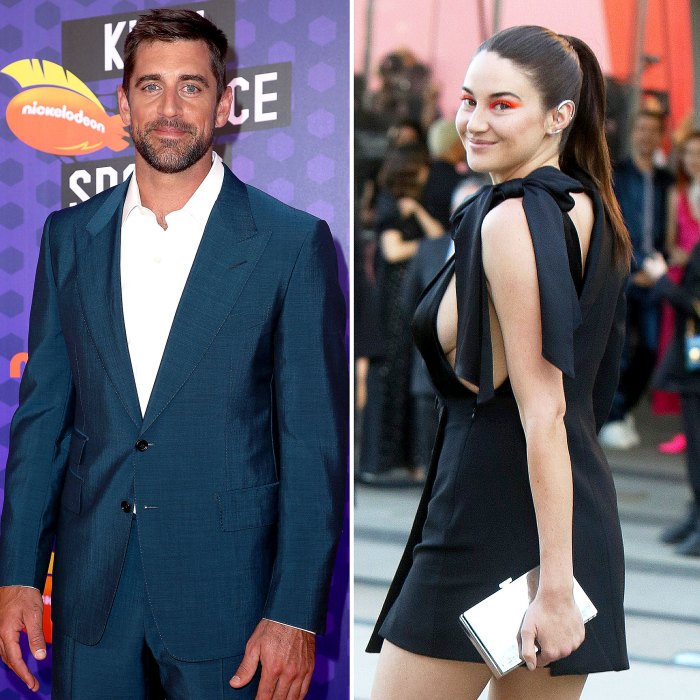 The lovebirds both had big grins on their faces as they interlocked their fingers and held hands after eating at the Arkansas eatery, which is located at the Best Court boutique hotel in Hot Springs National Park.

One day prior, the couple were spotted together for the first time since announcing their engagement in February. They were photographed boarding a private jet from Costa Careyes, Mexico, on Monday, March 29, in casual attire.

Us Weekly reported in February that the athlete and the Big Little Lies alum were dating after they were seen together by sports blog Terez Owens in July 2020. “They started off as friends, but things have turned romantic,” a source told Us confirming their romance in February.

The same month, Rodgers revealed that he was secretly engaged while accepting the AP Most Valuable Player award at the NFL Honors awards show, giving a shout-out to his “fiancée.” The football star didn’t say Woodley’s name, but he did announce, “I got engaged and played some of the best football of my career,” when speaking about the 2020 season.

The Divergent actress confirmed that she had been engaged to Rodgers “for a while” during an appearance on The Tonight Show Starring Jimmy Fallon on February 22.

“I never thought I’d be engaged to somebody who threw balls,” she said of her fiancé. “He’s, first off, just a wonderful, incredible human being. We met during this whacky, whacky time and all the stadiums were closed that he was playing in, so I have yet to go to a football game. I didn’t really grow up with sports, especially American sports. It was never really on my radar.”

Earlier this month the quarterback gushed over Woodley, telling Zenith Watches’ CEP Julien Tornare that “there’s been a lot of good” in his life recently, but his engagement to the actress has been the shining moment.

“Obviously, that’s the best thing that’s happened to me in the last year,” he said during an Instagram Live interview at the time.

Rodgers, who previously dated Danica Patrick from December 2017 to July 2020 and Olivia Munn from May 2014 to April 2017, also revealed that he is excited to become a parent soon.

“I think the next great challenge will be being a father,” he said. “Maybe not in the immediate future, but definitely something I look forward to.”

Woodley, for her part, was linked to Ben Volavola in 2017 before calling it quits in April 2020.