Sweet ocean air! Aaron Rodgers and Shailene Woodley cozied up with their dog while taking in the Malibu sunset on Thursday, April 8.

In photos obtained by the Daily Mail, the pair could be seen tossing a tennis ball with their German Shepherd. Woodley, 29, also brought along her journal as she enjoyed the calming ocean views.

Us Weekly confirmed on February 3 that the football player, 37, and Big Little Lies actress are a couple.

After keeping their relationship highly under wraps while they were dating, Rodgers announced their engagement just days later while giving a speech at the NFL Honors ceremony on February 6. 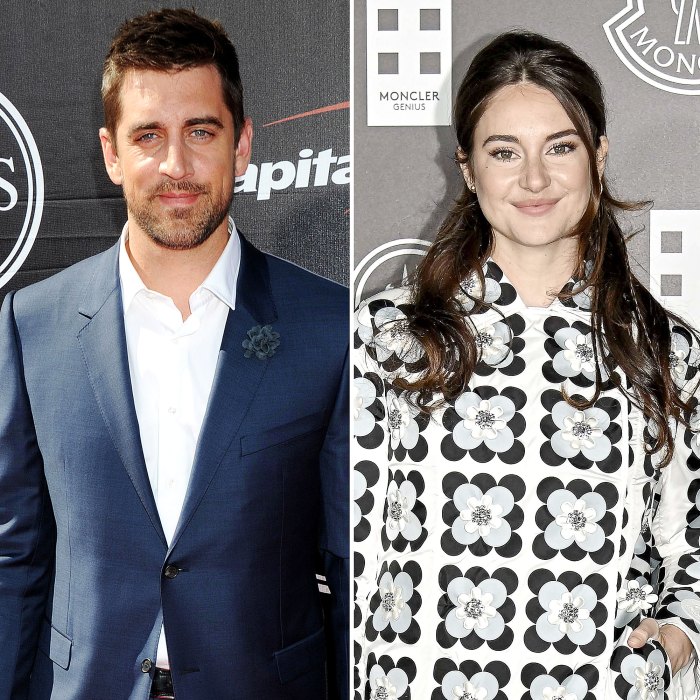 “I got engaged and played some of the best football of my career,” the quarterback said. He also shouted out his “fiancée” while offering thanks to those who’ve supported him throughout his time in the NFL.

Later that same month, the environmentalist confirmed the engagement during an appearance on The Tonight Show Starring Jimmy Fallon. She subtly showed off her massive engagement ring at the time.

“We met during this whacky, whacky time and all the stadiums were closed that he was playing in. I didn’t really grow up with sports, especially American sports. It was never really on my radar,” the California native said during the February 22 episode. “When we met, also, I knew he was a football guy, but I didn’t know like what kind of a football guy he was. And I’m still constantly learning.”

Though the pair may not have much in common professionally, it’s obvious to those close to them that they’re a great match.

“They’re both hardworking, career-focused, have a similar lifestyle and are down to earth,” a source told Us exclusively earlier this month. “Aaron wouldn’t have proposed if he wasn’t 100 percent serious about Shailene being The One. … They’re a private couple and for the most part, they keep details of their relationship private.”

Still, the couple have offered fans a few glimpses into their life together. On Monday, April 5, the Fault in Our Stars actress shared a live video with her future husband via Instagram Stories.

In the video, Woodley kept referring to the Green Bay Packer as her “love.” She also commented on the pair’s dog, who’s become a fixture during their public appearances.

“Who else gets in fights with their partners about how much they get to cuddle with their dog?” Woodley asked. “Is it just us?”

Rodgers previously dated Danica Patrick from December 2017 to July 2020 and Olivia Munn from May 2014 to April 2017. Woodley, for her part, began dating rugby player Ben Volavola in 2017. The former couple split in April 2020.