Two sides to every story. Ronald Smith clapped back at estranged wife Tiffany Franco after the 90 Day Fiancé: The Other Way alum made some serious claims about his behavior.

The back-and-forth started after Smith made his relationship with girlfriend Lauren Fraser Instagram official earlier this month. The South Africa native, 30, shared another sweet tribute to Fraser on Wednesday, November 24.

“You came into my life for a reason and I see you nothing but a blessing ?,” the 90 Day Fiancé: Happily Ever After? reality star shared via Instagram on Wednesday, November 24, along with a video of him and Fraser cuddling up in front of the camera. “Thank you for being you and thank you for coming into my life.? I appreciate you so much and spending time with you is all that I need.”

Franco, 28, put her ex on blast in an Instagram Live later that week. “My husband’s girlfriend, sweet girl, innocent girl,” the 90 Day Fiancé alum told the audience of Fraser. “I sent her the screenshots, [but] she don’t care!”

The Maryland native claimed that Smith has been trying to win her back despite seemingly moving on. Franco alleged she has documentation of his messages clearly trying to fix their broken marriage, and she even claimed that they had a naked FaceTime session very recently.

“Ronald’s out here saying, ‘Everything that Tiffany said about me saying I want to work things out is not true,’” she recalled. “This man said, ‘You still have my heart,’ to me. He said, ‘I can leave her. That’s the easy part,’ two. Three, I’m sorry, but he watched me get naked yesterday.”

Franco went on to claim that he was using drugs, and she denied his claims that she didn’t let him speak to the children. They share daughter Carley, 2, and Franco is also mom to son Daniel, 10, from a previous relationship. She said the father is allowed to communicate with the kids as much as he wants via Daniel’s phone.

Smith, however, denied his ex’s claims, alleging that she downloaded photos of empty powder packets to pretend they were proof of his drug use. He also responded with his own Instagram Live. “The story of her saying that I said we must fix things and so on, that’s a lie,” he told his viewers. 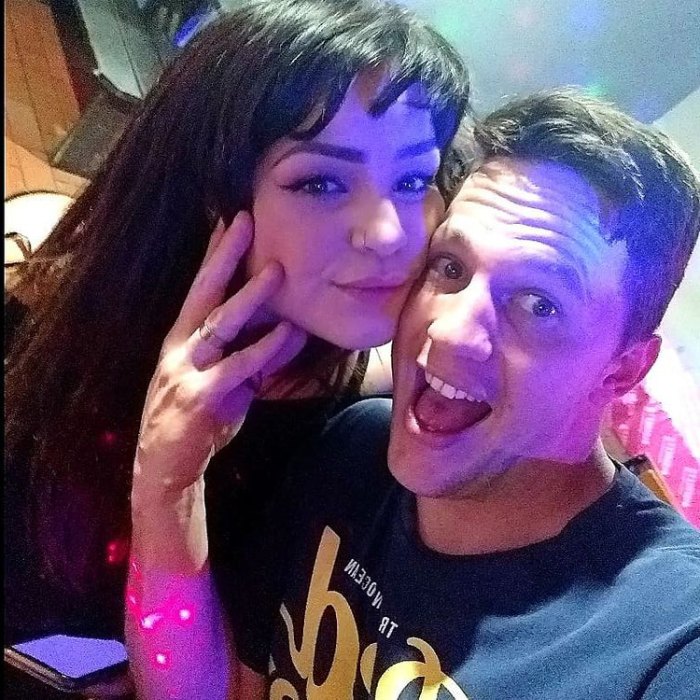 He went on to address his estranged wife directly: “Tiffany, just accept it’s over. Accept it and move on. I told you, move on, go on with your life. You deserve happiness. But you want to make it so ugly and talk all this BS. Saying that I jerked off to you yesterday? Tiffany is crazy. That’s delusional.”

The 90 Day Fiancé: What Now? star accused the mother of two of withholding information to manipulate the story to fit her narrative.

“Tiffany has a very good talent of making up stories, point one,” he claimed. “Point two, she will say the right things that she knows will make me very upset, make Lauren upset, anything like that. But what she doesn’t do is she doesn’t tell you guys the full story.”

He alleged that Franco nearly convinced his mother that he was a deadbeat dad and avoiding providing for his kids, but he proved her wrong by showing his Amazon order history with diapers and baby products sent to Maryland regularly.

Smith even went on to claim that Franco has “refused” to sign divorce papers he sent to her in the U.S.

The estranged couple wed in an episode of 90 Day Fiancé: The Other Way season 1 in 2019, and fans saw their marriage hit a rough patch earlier this year in 90 Day Fiancé: Happily Ever After? season 6, which concluded in April. The two struggled with long distance as the pandemic affected visas and travel restrictions.

Franco confirmed to InTouch the following August that she and Smith had “officially split” for a fourth time.

Buzzzz-o-Meter: Stars Are Buzzing About These Luxury Crib Sheets